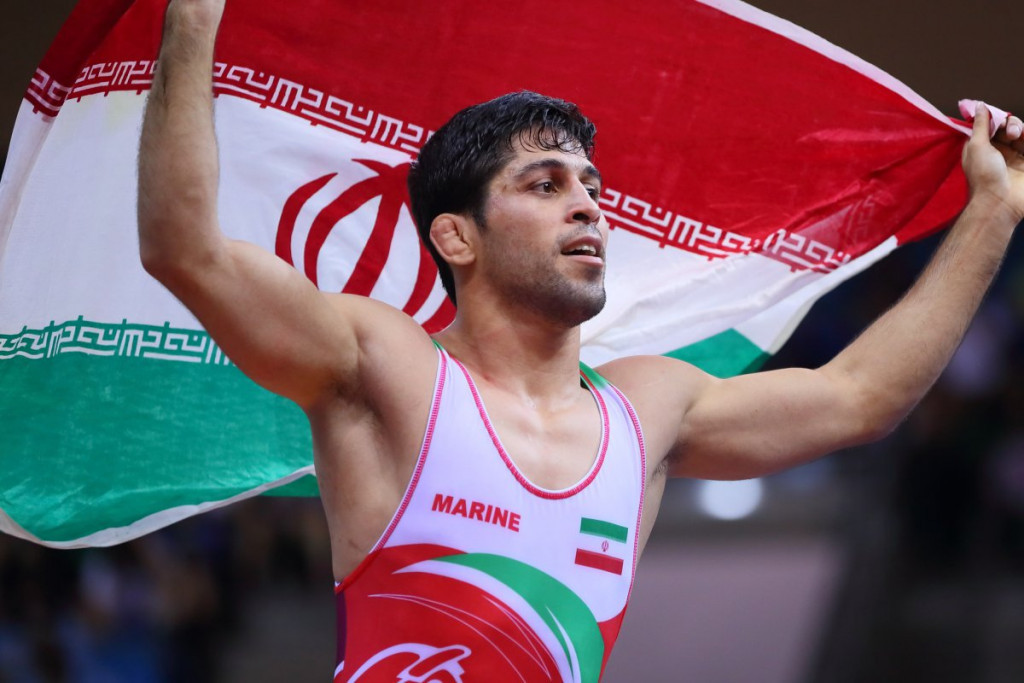 The 25-year-old, who finished runner-up in the weight category in 2015 and 2016, scored the winning takedown in the dying seconds of a thrilling final to defeat North Korea’s Kim Han Song 8-6.

"I worked hard for these Championships," Ehsanpoor said.

"My goal for the tournament was gold and finally I got it."

Rio 2016 Olympic silver medallist Rei Higuchi of Japan bounced back from a shock loss against Kim in the semi-finals to beat Kyrgyzstan’s Alibek Osmonov in one of the two bronze medal matches.

The other was won by Kazakhstan’s Daulet Niyazbekov at the expense of South Korea’s Yun Jihoon.

Facing Kazakhstan’s Azamat Dauletbekov in his final, Rio 2016 Olympian Karimimachiani gave up his first point in four matches when he failed to score on the activity clock for the opening point of the match.

He soon took charge, however, and went on to claim a 12-1 technical fall success.

Mohebi, meanwhile, proved too powerful for home favourite Sumit Sumit in registering a 6-2 win in his final.

Turkmenistan’s hopes of a first-ever Asian medal fell short when Ashot Mashuryan lost his battle for bronze at 86kg to Uzbekistan’s Umidjon Ismanov.

Iran's Hamed Rashidi, who lost to Navruzov in the quarter-finals, came back to take a bronze medal in front of Tajikistan’s Gulomdzhon Sharipov and ensure his country had won medals in all eight weight classes.

Japan’s Momojiro Nakamura was the other bronze medallist with Mongolia’s Davaatseren Khatanbaatar just missing out on a podium place.

Iran easily won the freestyle team title with 71 points, followed by Japan with 55 and Uzbekistan with 49.