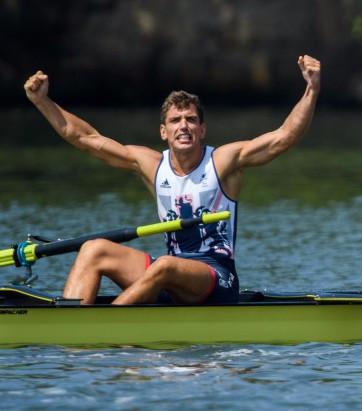 Emma Todd and Oliver Stanhope joined the mixed cox four RIo 2016 pairing of James Fox and Grace Clough, with both returning to the boat that won gold in September.

The quartet crossed the line first at the Gavirate Rowing Centre on the Varese Lake in a time of 7 min 11.90sec.

Paralympic champion Roman Polianskyi of Ukraine was the favourite in the men's singles sculls and he duly delivered.

The Ukrainian took gold in a time of 10:00.01, finishing 27sec faster than his closest rival.

Israel’s world champion Moran Samuel, who took bronze at September’s Games, was victorious in the women's single sculls in a time of 11:22.03.

The Netherlands took gold in the mixed double sculls.

The duo of Annika Van Der Meer and Corne De Koning crossed the line first in 8:19.08.

France's Perle Bouge and Stephane Tardieu took silver in 8:26.09 with the Polish pair of Jolanta Majka and Michal Gadowski finishing third in 8:49.01.

The regatta is giving athletes an opportunity to test the new rowing distance, which has been extended from 1,000 metres to 2,000m following a rule change at the World Rowing Extraordinary Congress in February.