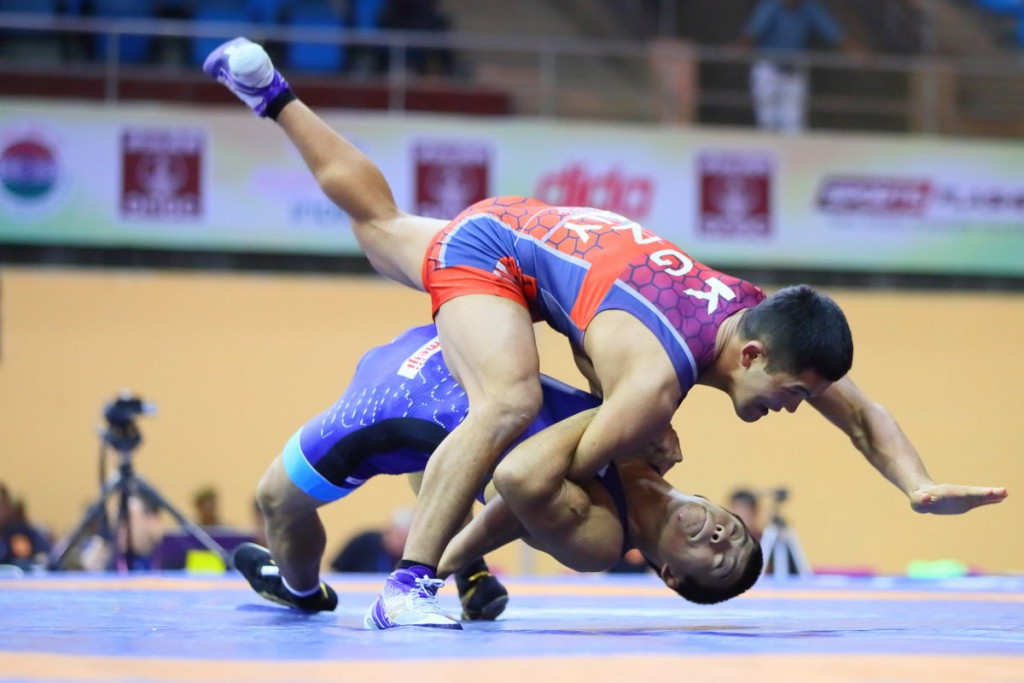 Japan won two gold medals on the second day of action at the Asian Wrestling Championships in India’s capital New Delhi but also suffered defeats in the three other finals at the Indira Gandhi Sports Complex.

South Korea’s Jihun Kim overcame Thailand’s Peerapol Sirithong in one of the two 71kg bronze medal matches and was joined on the third step of the podium by Kyrgyzstan’s Nurgazy Asangulov.

He proved too strong for India’s Deepak Deepak.

The one other Greco-Roman final, that in the 85kg category, saw Iran’s Hossein Ahmad Nouri overcome Japan’s Atsushi Matsumoto 4-2.

There was also heartache for Japan in women’s wrestling as Ayana Gempei suffered a 7-2 loss to Mongolia’s Battsetseg Soronzonbold in the 63kg final.

Masako Furuichi then fell to an 8-1 defeat at the hands of China’s Paliha Paliha in the 75kg final.

China’s Xiaoqian Wang beat North Korea’s Yunsim Ri in their 63kg bronze medal contest and the other was won by South Korea’s Jinyoung Hang ahead of India’s Ritu Ritu.

The event is due to continue tomorrow when medals will be awarded in the women’s 48kg, 53kg, 55kg, 60kg and 69kg categories.