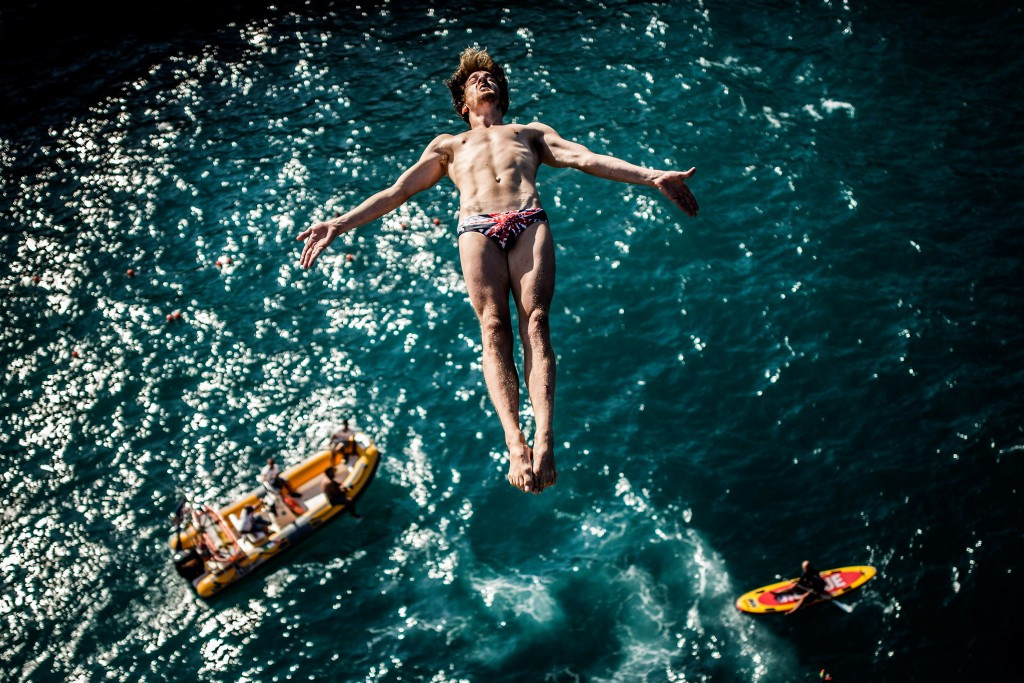 Defending champion Gary Hunt of Britain and Mexico's Adriana Jimenez are the leaders in the men's and women's events respectively at the halfway stage at the International Swimming Federation (FINA) High Diving World Cup in Abu Dhabi.

Both divers produced excellent displays on the opening day of the competition at Yas Island in the United Arab Emirates capital and will be looking to wrap up victory when the final two dives take place tomorrow.

American Steve LoBue was not far behind in second as he was given 67.20 and 137.70 for his two dives respectively.

Michal Navratil of the Czech Republic is third but is some way off the pace set by Hunt and LoBue as he has a total of 185.15.

"Today, my second dive was a new one and it was the one I was more afraid of," said Hunt.

"It wasn’t perfect, but I still got the lead, so I am optimistic for tomorrow.

"I will execute two dives that I know well, so it should be OK.

"The overall level of competition is is improving fast, with many divers trying new and complicated things."

In the women's event, Jiminez took a surprise lead after finishing with a score of 166.30.

The experienced Mexican ensured she remained on course for her first podium finish at a FINA High Diving World Cup as she scored 66.30 for her first attempt and 100 for her second.

Rhiannan Iffland of Australia is second on 151.60, with American Ginger Huber third on 147.90.

"I do one dive at the time," said Jiminez.

"I need to get focused and then see what happens.

"You know, I am very thankful for what we have the opportunity to live with high diving, the exciting places we visit, the many friends we have, this special atmosphere."