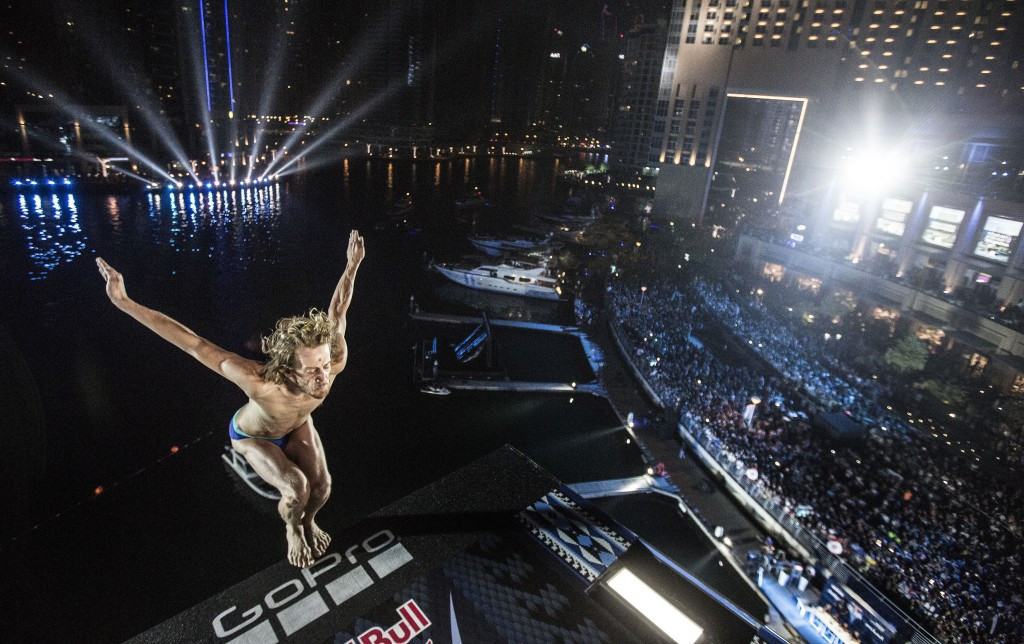 The event at Yas Island in the United Arab Emirates capital will feature 23 men and 13 women with males diving from 27 metres and females from 20m.

Reigning men's champion Gary Hunt of Britain is back to defend his title, alongside last year's women's winner Lysanne Richard of Canada.

However another American in Rachelle Simpson, the 2014 and 2015 World Cup champion and current world champion, will miss out through injury.

"When you are there, at the edge of the platform, you just think about the way of executing the dive.

"When I am training, I am not training to beat the other divers, I know my body and I know the potential I have and the question is just to get to that potential.

"It's obviously good to be on the podium, but the question is to constantly improve."

"It's a great pleasure for FINA and for the high diving family to be back in Abu Dhabi once more," said the Romanian.

"This city is a true international sport city and we want, by bringing aquatics here, to contribute to that status."

The first rounds of both competitions will be held tomorrow before champions are crowned on Saturday (April 29).

High diving has been proposed for Olympic inclusion at Tokyo 2020 by FINA.

The discipline will be contested at Batthyányi Square Embankment in Hungary's capital Budapest at this year's World Aquatics Championships.