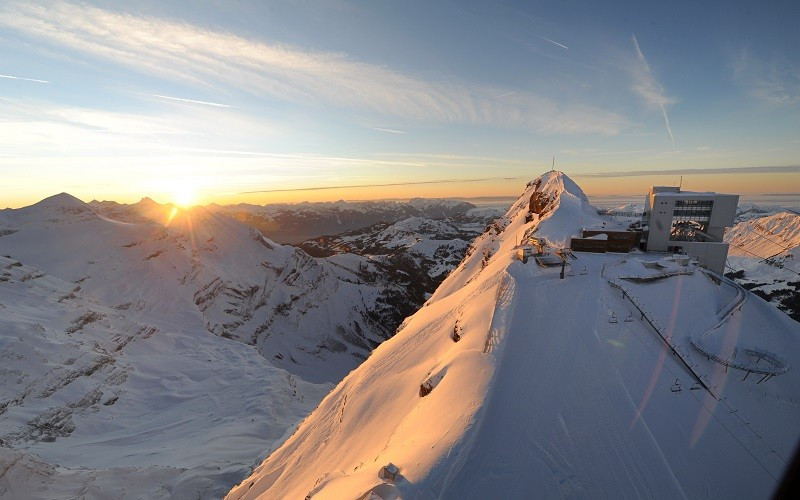 Swiss Olympic President Jürg Stahl has claimed Olympism in Switzerland is "more alive than ever before" as the country continues preparations for the 2020 Winter Youth Olympic Games in Lausanne.

The Games in the Olympic capital are due to take place from January 10 to 19.

Earlier this month, the Organising Committee celebrated 1,000 days to go until the Opening Ceremony of the third edition of the quadrennial event.

Swiss Olympic claim preparation work has been going smoothly since July 2015, when the International Olympic Committee (IOC) selected Lausanne as the hosts.

Stahl believes the organisation of Lausanne 2020 "strengthens the centrality of the Olympic values" and Switzerland's sporting tradition.

"Swiss Olympic plans to seize this incredible opportunity to give greater visibility and strength to its various programmes," he said.

"These Games have the capacity to develop competences to train not only the next generation of Swiss elite athletes, but also the managers and leaders of sport in our country."

Lausanne 2020 President Patrick Baumann, a Swiss IOC member, said the recent 1,000-days-to-go milestone provided organisers the opportunity to update its status on the advancement of the preparation work.

Additionally, the 49-year-old insisted it gave them the chance to detail even more their vision, which is to "promote the Swiss know-how in terms of education and apprenticeship" through the event.

"On this note, we are already working with the Canton de Vaud's renowned institutions such as EPFL (Swiss Federal Institute of Technology Lausanne), the University of Lausanne and the Ecole Hoteliere de Lausanne, who - with their students - help us to create an innovative event that will truly engage with the youth," he added.

Legacy elements are planned in locations such as Diablerets, Leysin and Brassus, where Swiss-Ski is hoping to create training infrastructures to develop the next generations of skiers from the French-speaking part of Switzerland.

Lausanne 2020 has also revealed that construction work has begun on the Vortex, the Youth Olympic Village which will host 1,700 athletes and their staff in a structure forming the shape of a ring.

"In the upcoming months, the Organising Committee will continue to plan, in order to reach its objective to create an innovative and educational Olympic event," a Swiss Olympic statement added.

A total of 15 sports are scheduled to feature on the Lausanne 2020 programme.

Earlier this month, Sion was confirmed as the Swiss candidate for the 2026 Winter Olympic and Paralympic Games.

The city's bid was unanimously rubber-stamped by the Parliament of Sport, the highest authority for sport in Switzerland, in Ittigen.

It means that Sion, the capital of the canton of Valais, will bid for the Winter Olympics for a fourth time.