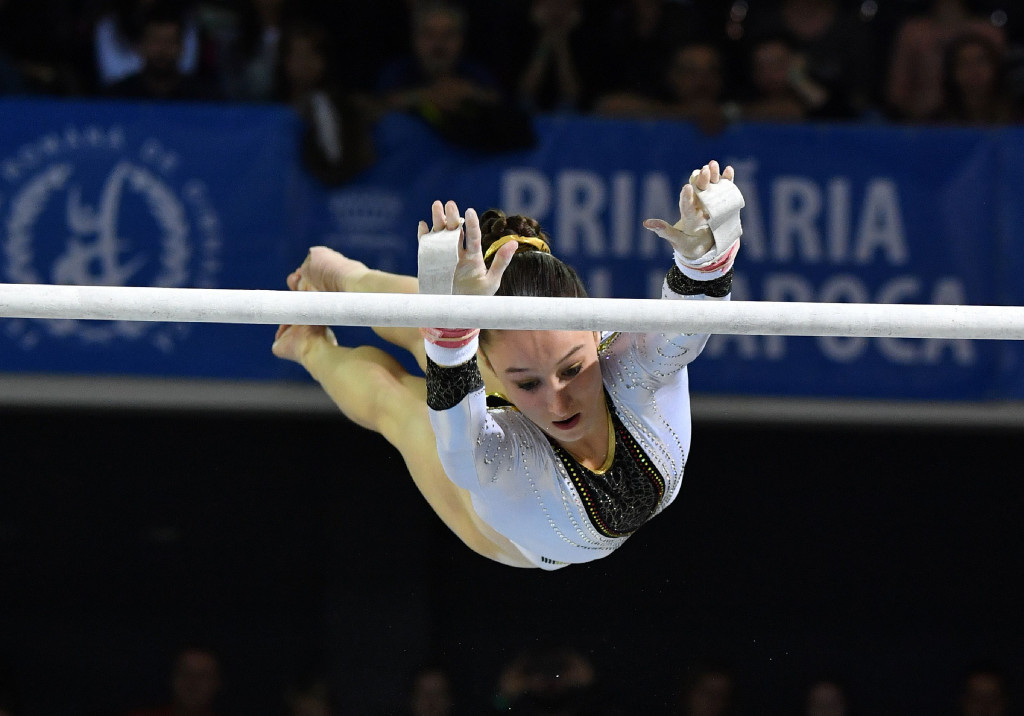 History was again made in Cluj-Napoca today as Belgium's Nina Derwael became the first-ever athlete from her country to win a European Artistic Gymnastics Championships title with victory in the uneven bars event.

Derwael took the gold medal on the apparatus after she recorded a score of 14.633 points, with Russia's Elena Eremina having to settle for silver on 14.300 at the Polyvalent Hall.

Ellie Downie, the first British gymnast to clinch an all-around crown at any major international championship, claimed bronze on 14.133.

On the opening day of apparatus finals, there was also success for Olympic and world champion Eleftherios Petrounias, who continued his dominance of the rings discipline by topping the podium in the event for the third European Championships in a row.

The Greek star amassed 15.433 to finish in front of Britain's Courtney Tulloch, who was second with 15.066.

Ukraine's Igor Radivilov did enough for the bronze medal as his routine yielded 15.033.

David Belyavskiy of Russia managed to go one better than his silver medal last year as he pipped London 2012 Olympic gold medallist Krisztián Berki to secure the pommel horse honours.

The Russian gymnast sealed the title by virtue of a score of 15.100, with Berki condemned to silver, 0.200 adrift.

Defending champion Harutyun Merdinyan of Armenia rounded off the podium with bronze having scored 14.833.

Romanian veteran Marian Drăgulescu rolled back the years with a vintage performance on the floor to deliver a gold medal for the host nation, taking the title on 14.500.

The victory for the 36-year-old proved to be a narrow one as Russian Dmitrii Lankin was not far away in second on 14.466, while Alexander Shatilov of Israel scored 14.400 for bronze.

Downie was denied a second gold of the event as she was beaten to the vault title by Coline Devillard of France.

Boglarka Devai of Hungary was the recipient of the bronze medal on 14.316.