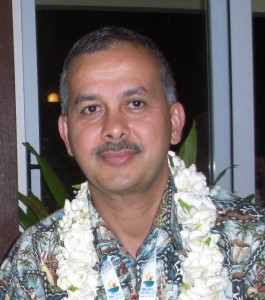 Atma Maharaj has been re-elected as the President of Weightlifting Fiji at the national federation’s Annual General Meeting.

Maharaj has led the federation since 2008 and has also held positions at the Commonwealth and Oceania Weightlifting Federation boards in recent years.

The official will not continue in the post at the organisation, who were named Sports Organisation of the Year honour at the Fiji Sports Awards earlier this year.

Maharaj has also received personal recognition, having received the Fiji Olympic Order back in 2010 by the Fiji Association of Sports and National Olympic Committee (FASANOC).

It was confirmed that long-time executive member Chris Yee had taken the decision to step down as the organisation’s vice-president.

Yee is now expected to continue his support of Weightlifting Fiji’s efforts in his role as a life member.

The athlete representative on the board was named as Manueli Tulo, who had been one of nine nominees for the Sportsman of the Year prize at the Fiji Sports Awards.

He won gold in the men’s 56 kilogram category at the 2016 Australian Open Weightlifting Championships, achieving a winning total of 242kg.

Tulo then won gold in the Oceania Championships, lifting a total of 231kg.