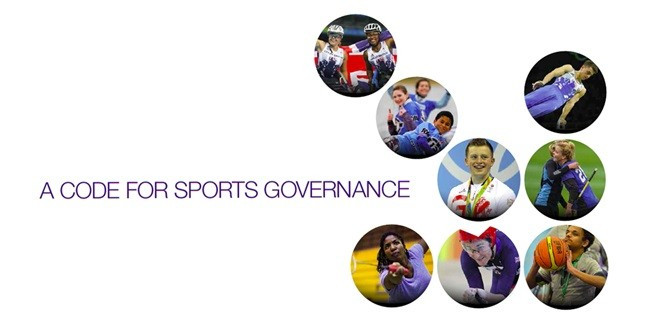 A total of 57 governing bodies funded by UK Sport and Sport England are on course to be compliant with the newly-launched Code of Sports Governance, which comes into force tomorrow.

A joint statement from the two organisations claims the 57 bodies are set to meet the regulations of the Code by October 31.

UK Sport and Sport England insist the move represents "the single biggest collective step forward in sports governance history and transforming the British sport sector into the best led and governed in the world".

It comes amid a turbulent time for national governing bodies (NGBs) within Britain, with British Cycling and British Swimming among those organisations who have been the subject of intense scrutiny in recent months.

According to bodies, the 57 funded organisations - 34 of which Sport England are in charge of and 23 where UK Sport take the lead - are "in the process of finalising and agreeing action plans detailing how they will become code compliant".

Over 3,300 individual governance requirements have been assessed, it has been claimed.

The Code "demands the highest standards of governance from any organisation requesting public investment".

It involves elements such as greater transparency, installing a target of at least 30 per cent gender diversity on boards and a commitment to greater diversity more generally.

"As of March 31, 2017 - the day before the code officially comes into force - Sport England and UK Sport’s detailed assessment of the sector shows that 70 per cent of code requirements are already being met, illustrating that the current standard of governance in the sector is good and providing an excellent base for sports to build on as they transform their governance to world-leading," the statement read.

The news follows accusations of a sexist and bullying culture within British Cycling, with chairman Jonathan Browning admitting earlier this month that the governing body "failed" athletes on its world-class performance programme.

A review of British Cycling was initiated after former technical director Shane Sutton resigned from his role amid accusations of sexual discrimination against sprinter Jess Varnish.

British Cycling has been accused of "sanitising" the report into Varnish’s claims, while other allegations include that they allowed a "culture of fear", including the bullying of riders and staff, to grow.

The emergence of "dysfunctional leadership" was also uncovered in the unpublished report, seen by the Daily Mail.

Last week, an "independent fact-finding investigation" has been launched by British Swimming into multiple claims of bullying reportedly made by Paralympic squad members.

“With 58 code requirements to be met by sporting organisations in receipt of public investment, transformational change is happening across the sector at both elite and grassroots levels.

“An incredible amount of work has already been undertaken by those working in the NGBs, Sport England and UK Sport.

"The challenge has been set, and sports are stepping up and embracing change.”

The full Code for Sports Governance can be read here.