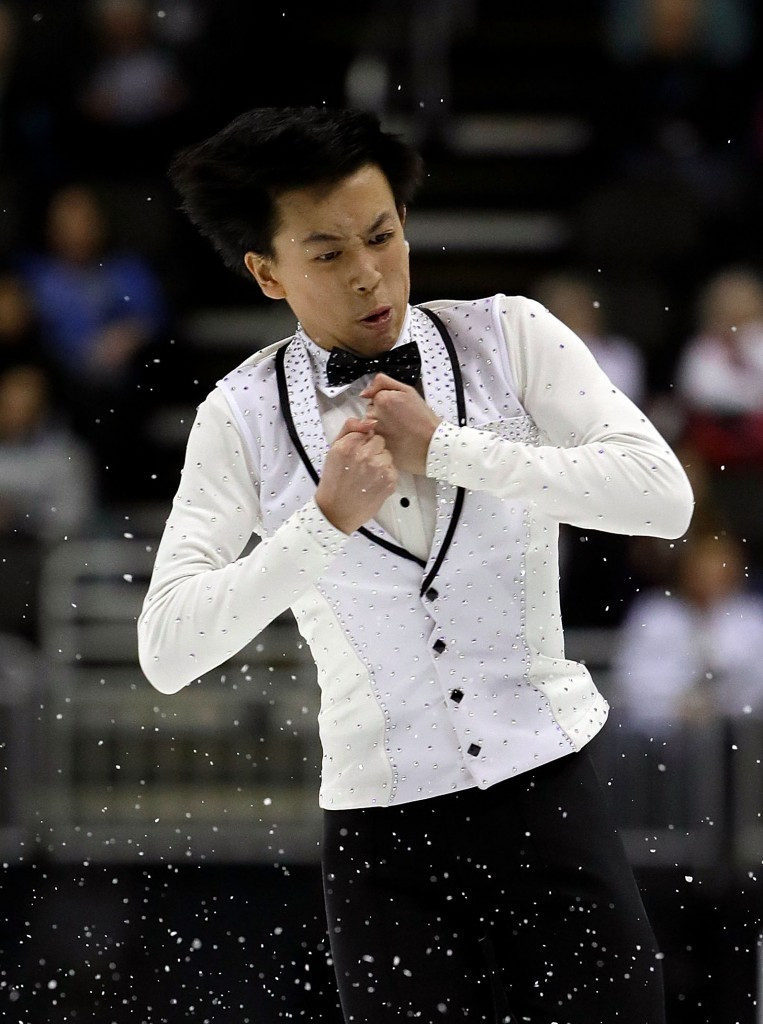 The American performed superbly in today's free skate to elevate himself to the summit of the standings, with his routine taking place to the "Casablanca" soundtrack.

He reeled off a quadruple Lutz, a quad Salchow-triple Salchow and another quad Salchow in his winning effort.

It gave him an overall winning tally of 258.11 after yesterday's short programme.

"The gap between first and fifth after the short programme wasn’t that big, so I knew it wasn’t anything I couldn’t overcome," said Zhou.

"I just took the free skate element by element.

"It feels great to come from behind and kind of top off the field like that."

Russia’s Dmitri Aliev, the overnight leader, had to make do with silver as he slipped to second on a tally of 247.31.

He started his performance well but the Russian junior champion later stumbled on the quad toe move.

Another Russian, Alexander Samarin, took bronze with a total of 245.53.

Elsewhere, Russians Alla Loboda and Pavel Drozd topped the pile as the ice dance competition began with the short programme.

Dancing to "St Louis Blues", they were the best performers with a personal best of 67.59.

The American combination of Rachel and Michael Parsons are second on 67.29 with Russians Anastasia Skoptcova and Kirill Aleshin third on 63.38.