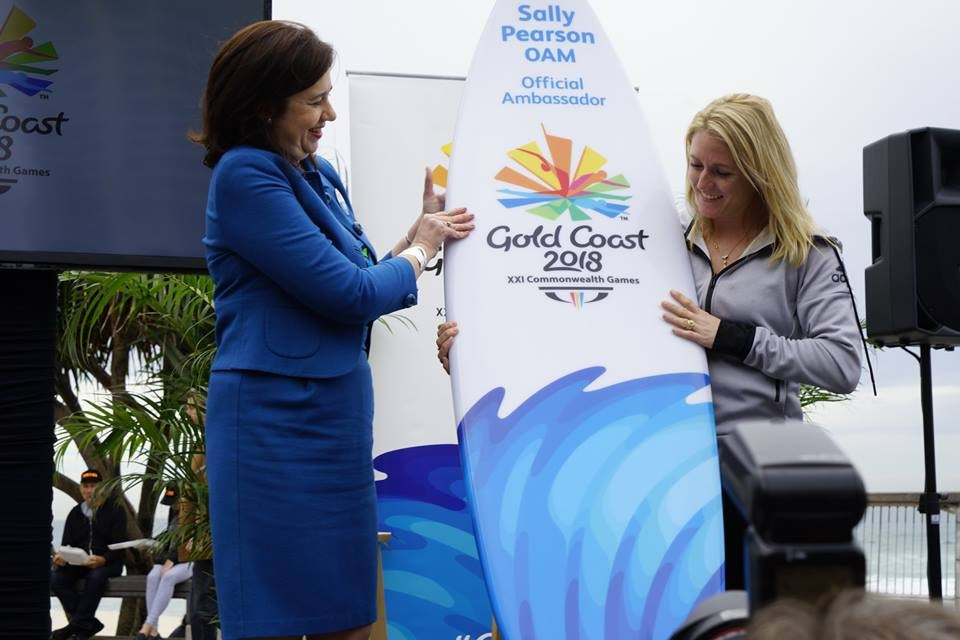 Politicians should be banned from taking part in the Gold Coast 2018 Queen's Baton Relay, Queensland Premier Annastacia Palaszczuk has said.

The Relay is due to begin its 230,000 kilometre journey across the Commonwealth's 70 countries and territories before its arrival at the Opening Ceremony of Gold Coast 2018 on April 4 next year at Buckingham Palace on Monday (March 13).

The Queen will place her message in the Baton and hand it to the first runner during an event being held to coincide with Commonwealth Day.

Two Gold Coast Yugambeh elders, Patricia O'Connor and Ted Williams, will join her and make history as the first Indigenous Australians to be part of the event.

Gold Coast 2018 officials launched a call for participants in Australia earlier this month and Palaszczuk has admitted she will be disappointed if any politicians are chosen.

"I don’t want politicians signing up for the Baton Relay as just another chance to grandstand," Palaszczuk, part of the delegation attending the start of the event here, said.

"I won’t be applying to run and politicians at every level should follow my lead.

"These are the people’s games, ‘the Friendly Games’".

Palaszczuk added: "We want our young people, our community legends, from all walks of life tasked as Baton-bearers.

"Hundreds of Queenslanders will have a once in a lifetime opportunity to be part of the lead-up to what is the biggest supporting event in a decade in Australia.

"I’ll be out there cheering them on, with the thousands of others lining the Baton-Relay route.

"I intend nominating an extraordinary young achiever, 18-year-old Kyle Ryan as my Baton-bearer."

Ryan was recently recognised for the Highest Achievement by an Aboriginal of Torres Strait Islander Student at the Queensland Certificate of Education Achievement Awards.

"Kyle is an engaging, intelligent young man who is a role model to both local school students in Inala and the wider Aboriginal and Torres Strait Islander community," Palaszczuk said.

"He embodies the spirit of Queensland and will carry the Baton containing the Queen's Message which will be read out to officially open the Games with great pride."