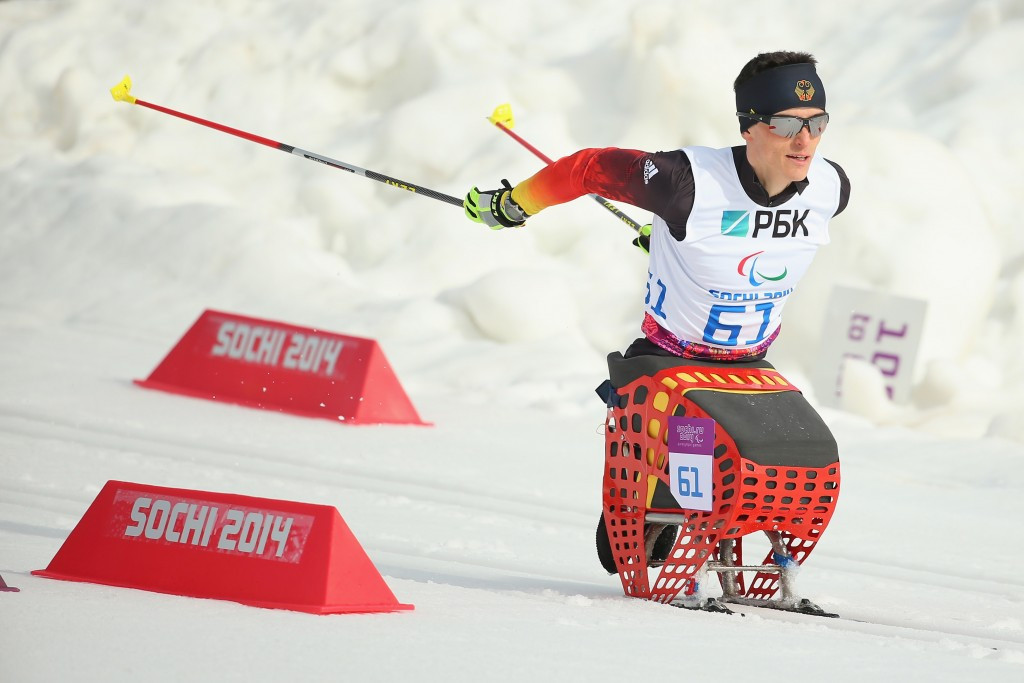 Germany's Martin Fleig secured his first-ever World Para Nordic Skiing Championships title as Ukraine claimed half of the six gold medals on offer on the opening day of the event in Finsterau.

The Ukrainian team were in fine form, winning three golds, while there was also success for Canada and Belarus.

Fleig topped the World Championships podium for the first time in his career as he claimed victory in the men's middle distance biathlon sitting event, completing his home course in a time of 37min 31.0sec.

"I cannot believe it, it is unreal for me, I do not know what is going on," said Fleig

"I had a good race and I only missed one shot.

"Having my people cheering for me gives me extra power."

Ukraine's Oleksandra Kononova reasserted her dominance of the women's standing event as she clocked 31:41.5 to successfully defend her world title.

Kononova led home a one-two for her nation as Lyudmila Liashenko finished in front of Yurika Abe of Japan in the race for silver.

"I am happy but there is still a lot of work to do and many races to compete in," Kononova, a multiple Paralympic champion, said.

There was further joy for Ukraine in the men's visually impaired event as they swept the podium.

The bronze medal went the way of Dmytro Suiarko and guide Vasyl Potapenko.

Ukraine completed their monopoly of the visually impaired races as Olga Prylutska, guided by Volodymyr Ivanov, won the women's event in 33:11.4.

Canada's Mark Arendz sprung the biggest shock of the opening day in Finsterau by powering to a surprise victory in the men's standing.

Arendz finished the course in 30:39.3 to clinch gold in front of France's Benjamin Daviet and reigning Paralympic champion Grygorii Vovchynskyi of Ukraine, who claimed silver and bronze respectively.

In the women’s sitting, Belarus' Lidziya Hrafeyeva built on her first-ever World Cup victory by powering home in a time of 34:46.0 to wrap up gold in impressive style.

She fought off the challenges of German duo Anja Wicker, the Paralympic champion, and Andrea Eskau to secure the title.