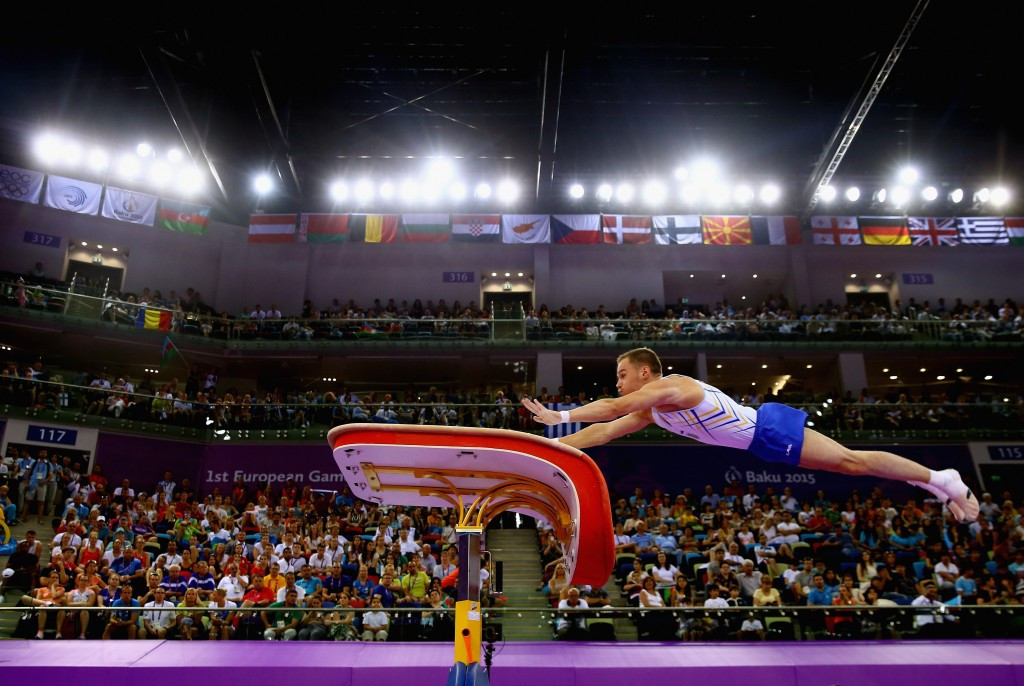 Azerbaijan and France have been confirmed as hosts of the Artistic Gymnastics European Championships in 2020.

The men’s competition will take place in Azerbaijan’s capital Baku for the first time, although the city did host gymnastics during the inaugural European Games in 2015.

France’s capital Paris will host the women’s event for the third time, having most recently done so back in 2000.

The decisions were made by the European Union of Gymnastics (UEG) Executive Committee at their first meeting of the year in Lausanne.

Led by its President Georges Guelzec, the Committee also made several decisions regarding their major Championships.

They confirmed there will be a site visit to Szczecin in Poland, which will assess the city’s candidacy for the 2019 Artistic Gymnastics European Championships.

A decision will be taken after the site visit, according to the UEG.

A contract was also signed by the organisation and the Royal Spanish Gymnastics Federation, which confirmed Valladolid as the host city of the 2018 Rhythmic European Championships.

Under the terms of the agreement next year’s Championships will take place from June 1 to 3.

The TeamGym European Championships were also awarded to the Portuguese Gymnastics Federation, with Odivelas due to host competition from October 15 to 21 in 2018.

The UEG have also announced they will look to align and implement the Code of Ethics which was adopted by the International Gymnastics Federation (FIG) at their General Assembly in October.

A working group will report their conclusions to the Executive Committee in July, with a decision then set to be made over the timetable in which it would be made operational.

The final draft document would then be put to a vote at the UEG Congress in December, which is due to take place in Split, Croatia.

It was also confirmed that member federations would be able to use the UEG’s human resources or specific skills, on request and free of charge, to help their Organising Committees for major events.

The organisation claim the initiative will help to raise and maintain the quality level of the European Championships and to ease the financial burden on organisers.

The next UEG Executive Committee is due to take place on June 30 and July 1.