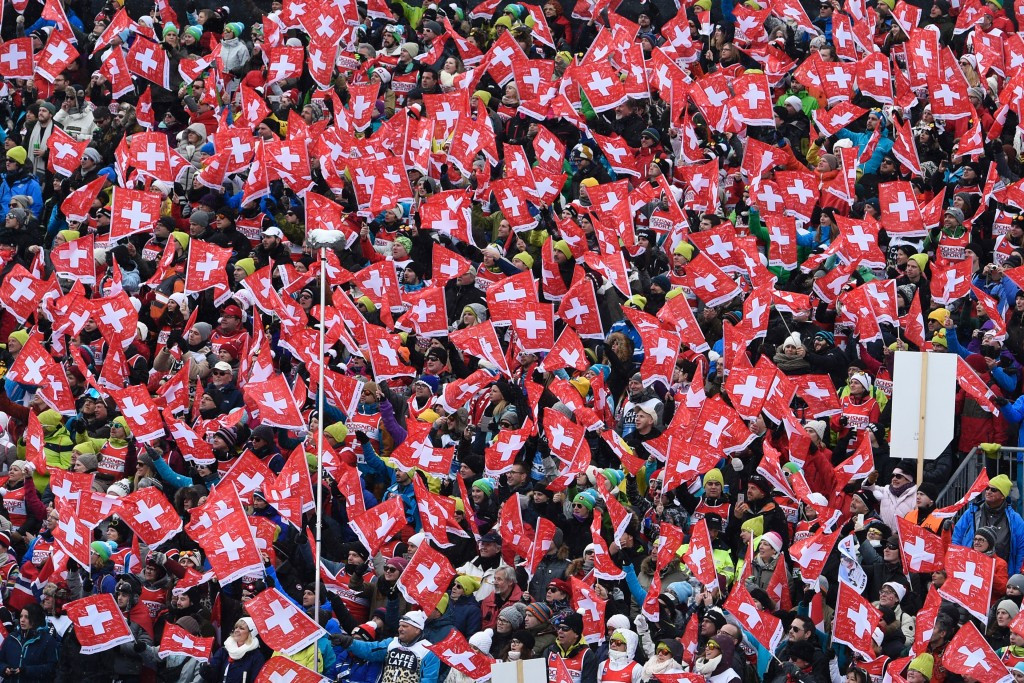 Swiss sporting federations have given "overwhelming support" to a potential 2026 Winter Olympic and Paralympic bid, according to the results of a survey.

Switzerland looks almost certain to bid for the Games with two possible projects still in the running to be their candidate city.

A final decision will be made by Swiss Olympic's Executive Council on March 7 with the stakeholder survey issued to various governing bodies of both winter and summer sports.

In all, 103 Presidents, vice presidents and general secretaries of Swiss federations were quizzed, with 96 per cent saying they would like to see Switzerland play host in 2026.

The timing of the bid was also surveyed as with the next two Winter Olympics - Pyeongchang 2018 and Beijing 2022 - taking place in Asia, Europe would seem well poised for a 2026 attempt.

The country will also host the Winter Youth Olympics in 2020 in Lausanne - the home of the International Olympic Committee - as well as the 2021 Winter Universiade in Lucerne.

Jürg Stahl, Swiss Olympic President, said: "Since the inception of the 2026 project, Swiss Olympic has continuously been receiving positive feedback from all around the country.

"Having our members - both from summer and winter federations - express their support and commitment in such high numbers for 2026 is fantastic.

"Also personally, wherever I go, the enthusiasm is there.

"A real momentum is starting to be built for the future of winter sports in Switzerland, and the organisation of both the 2020 Youth Olympic Games in Lausanne and the 2021 Winter Universiade in Lucerne is a just another proof of that.

"The road is still long, but I really feel that something is brewing in our country around this Olympic ambition."

Skier Didier Cuche, who won Olympic super-G silver for Switzerland at Nagano 1998 and is a member of the Swiss 2026 Taskforce, said: "The Olympic Games are such an inspirational event and I am glad to see that the leaders of Swiss sport are as excited as I am about the idea of bringing the Olympic Games back to Switzerland.

"We still have work to do to develop the smartest possible project, but these results encourage us to continue in the direction we set at the start of this process."