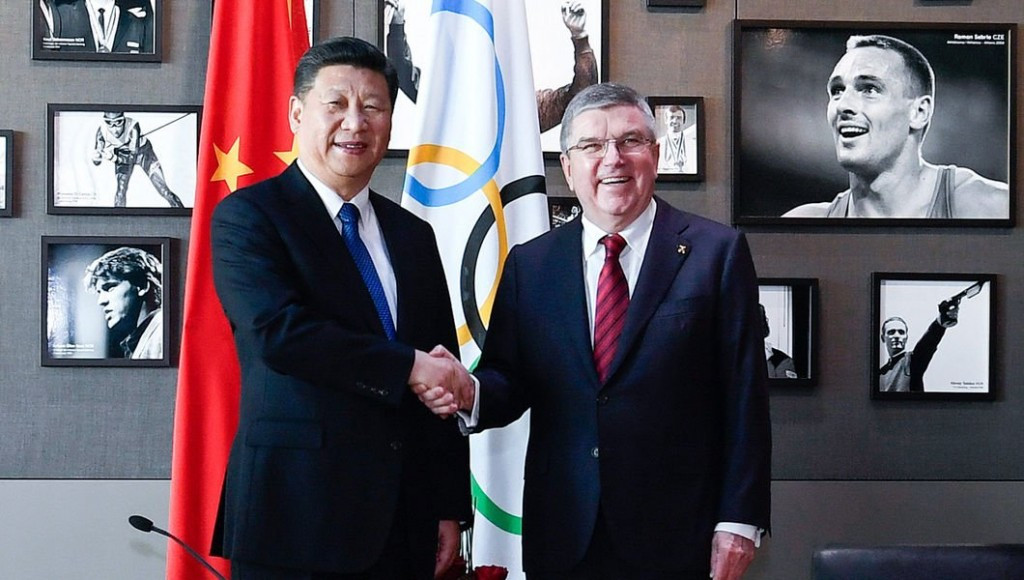 Chinese President Xi Jinping has promised Beijing 2022 will be a "remarkable, extraordinary and excellent" Games during a visit to the International Olympic Committee (IOC) headquarters in Lausanne today.

The visit, which was the first official trip by a Chinese Head of State to the IOC, came as part of a Swiss tour in which Xi has also visited the World Economic Forum in Davos.

He and IOC President Thomas Bach visited the Olympic Museum before discussing the future state of sport as well as preparations for the 2022 Winter Games.

"Over the years, the IOC and President Bach have made important contributions to support the healthy development not only of the Olympic Movement but also the development of sport in China," Xi said in a statement circulated by the IOC afterwards.

"I would like to express my appreciation for what you have done.

“We have many dreams, the Chinese dream of turning China into a society of prosperity; the dream of promoting the Olympic Movement; and also the dream of fostering a community of shared destiny for the whole of humanity.

"All the dreams are interconnected and integrated with one another.

"In this respect, I believe the IOC has a huge role to play to help the fulfilment of all these dreams."

There is no record of them discussing the Chinese doping problems that saw the country stripped of three weightlifting gold medals won at Beijing 2008 following the retesting of samples.

The duo were joined by Bach's predecessor Jacques Rogge, who was President when Beijing hosted the Summer Games in 2008.

The visit comes at a time when Bach is keen to shore up support from the world superpower after growing unease within some Governments over his response to the Russian doping crisis.

"China and the IOC enjoy excellent relations and strong cooperation on many different levels," Bach added.

"The historic visit of President Xi Jinping to the IOC is another expression of this great cooperation and our friendship with the Chinese people.

"This is an excellent foundation to write history once more, with Beijing set to become the first city in the world to host both the summer and winter editions of the Olympic Games."

China is also one of the most reliable bidders for major sports events amid apathy in some spheres of the western world.

According to Xinhua, Xi also said Beijing 2022 would be a "major task" for China in the years to come.

He reportedly added that they will "prepare and host the 2022 Games in a green, sharing, open and clean-fingered manner".

Xi, who previously met with Bach at the 2015 World Athletics Championships in Beijing, did not attend the 2015 IOC Session in Kuala Lumpur where Beijing were awarded the 2022 Games over Almaty in Kazakhstan.

He appeared in a video link message at the beginning of the capital city's presentation.