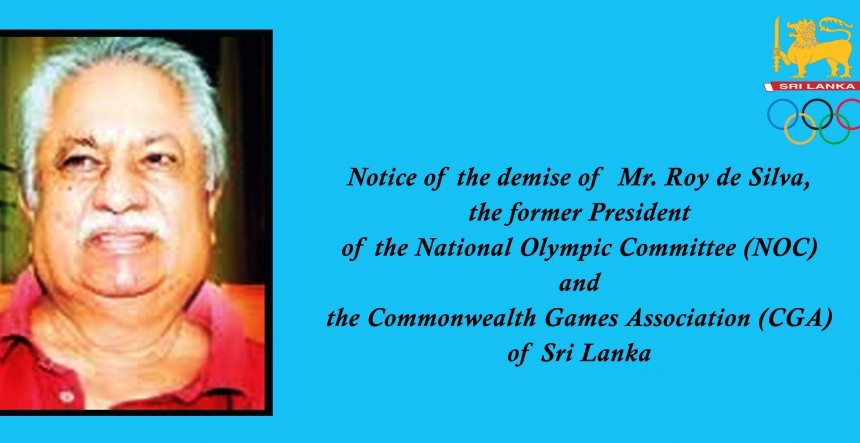 Former National Olympic Committee of Sri Lanka President Roy de Silva has died at the age of 80, the governing body has confirmed.

De Silva was elected as President of the Sri Lanka Hockey Federation in 1979 and held the post until 1998.

Under his leadership, the Women’s National Hockey Championship was introduced, with De Silva also serving as the vice-president of the Asian Hockey Federation from 1979 to 1983.

He would serve at President of the National Olympic Committee of Sri Lanka for a record period of 14 years from 1984.

De Silva would also become the first Sri Lankan to lead the Olympic Council of Asia, when he was elected as the acting-President in 1990.

This saw him officially open the 1990 Asian Games, which took place in Beijing, China.

"Mr. de Silva held the position of the President of NOC/CGA Sri Lanka during the period from 1984 to 1997.

"Mr. de Silva was a vice president of the Olympic Council of Asia (OCA).

"The crowning glory he achieved during his sport administration career was as an acting President of the OCA and he was the only Sri Lankan who was honoured by such capacity at an Asian Games.

"We extend our heartfelt condolences to his family and friends."