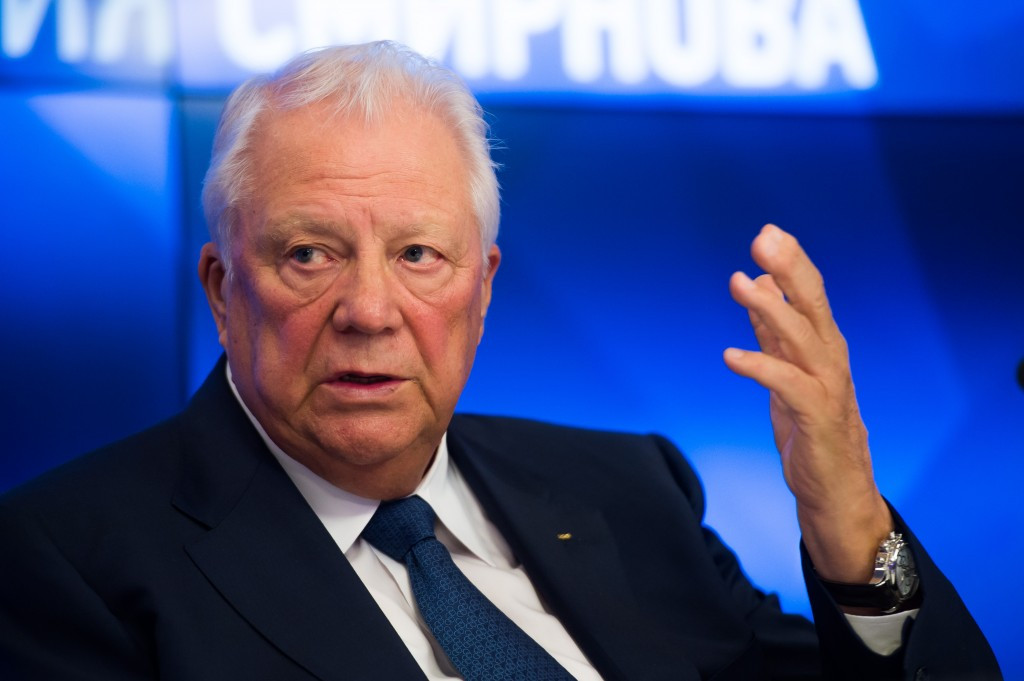 The Russian Anti-Doping Commission has been encouraged by International Olympic Committee (IOC) President Thomas Bach to prepare its assessment of the second part of the McLaren Report, according to its head Vitaly Smirnov.

Canadian lawyer Richard McLaren found that, as part of an alleged state-sponsored scheme, around 1,000 Russians had doping samples manipulated and tampered with between 2011 and 2015 at events including the 2014 Winter and Paralympic Games in Sochi.

Smirnov told TASS that Bach has, in the meantime, recommended the Russian Anti-Doping Commission prepares the country’s stance on the McLaren Report.

"After the report is scrutinised, a relevant document will be drafted and submitted to the IOC Disciplinary Commission," Smirnov said.

"We are going to stick to the plan and avoid reacting to snap external judgement."

Earlier this week, Russia’s Deputy Prime Minister Vitaly Mutko slammed a joint statement from 19 National Anti-Doping Organisations calling for all sporting competitions, including the FIFA World Cup in 2018, to be removed from his country until it apologises for its alleged state-sponsored drug programme.

In a hard-hitting Institute of National Anti-Doping Organisations (iNADO) statement published on Tuesday (January 10) following a meeting in Dublin, representatives from countries including Germany, Japan and the United States called for Russians to be banned from competing under their own flag at any sporting event.

They also called for the World Anti-Doping Agency (WADA) to immediately take over every aspect of the investigation and disciplinary process currently being spearheaded by the IOC and other governing bodies.

Mutko, who stepped down from his role as Russian Sports Minister in October, described the calls as "absolutely political" and a "deliberate attack on Russian sport aimed at its defamation".

Among those involved in the meeting on Tuesday was United States Anti-Doping Agency chief executive Travis Tygart, who confirmed that the FIFA World Cup was included in the events which should be removed from Russia.

Referring directly to Tygart, Smirnov claimed the scandal involving the Bay Area Laboratory Co-Operative (BALCO), a San Francisco Bay Area business which supplied anabolic steroids to professional athletes, was "the most outstanding proved example of corruption in the world of sports as of today".

BALCO was behind the biggest drugs scandal in athletics history, implicating sprinters and baseball stars from Great Britain’s Dwain Chambers to the US’s Barry Bonds.

"Having such tremendous scandal in the background, nobody ever urged not only to ban the whole US team, but not to suspend track and field athletes in particular," Smirnov told TASS.

"It goes beyond all the limits of the common sense when we hear today calls to ban all Russian athletes without any exceptions."

Smirnov said iNADO demanding to ban Russian athletes from all international sports competitions expressed the position of specific experts rather than that of 19 member states.

"We can see that this statement was issued on behalf of the anti-doping agencies of 19 countries," Smirnov added.

"So it may seem that the countries share this stance, while it is the position of some specific expert groups comprising 10 to 20 members.

"In this regard, I should mention that we maintain working contacts with National Olympic Committees as well as with international sports federations, the vast majority of those have adopted a balanced and reasonable approach to the situation."