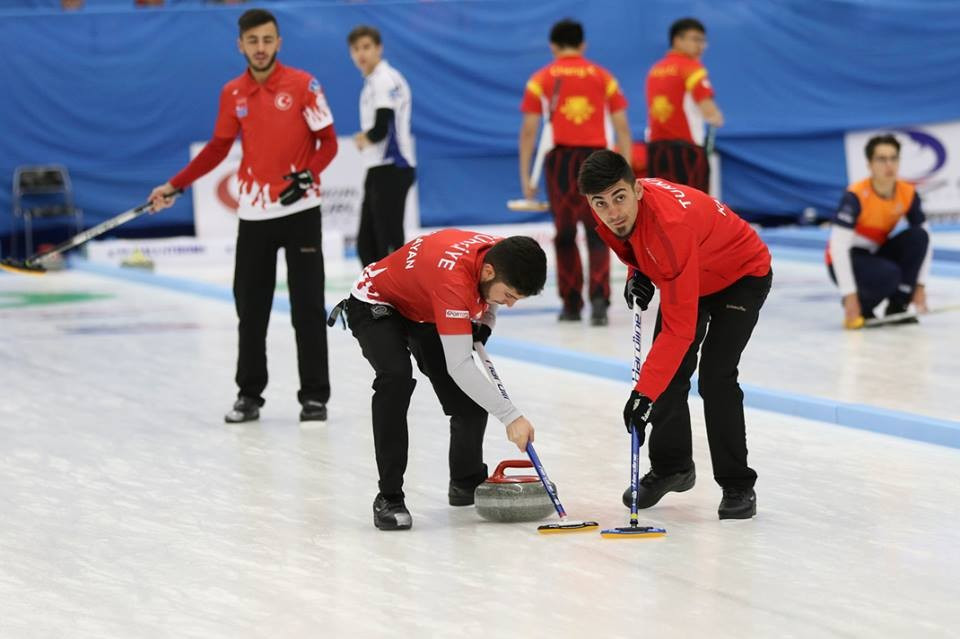 China crushed Latvia today to join Turkey, Italy and Germany in the men's semi-finals at the World Junior-B Curling Championships in Östersund in Sweden.

The Chinese went unbeaten throughout their seven round-robin games and continued that form with another clinical 9-3 thrashing of their Baltic rivals this afternoon at the Östersund Arena.

Germany, the only other unbeaten team so far, were almost as comfortable in a 6-2 triumph over Poland.

Germany will now face Turkey in the first of tomorrow's semi-finals, while China will take-on Italy in the other.

Scotland won 8-2 over Norway and Turkey earned a 6-2 win versus Slovakia in the first of the two women's quarter-finals.

China beat Germany 5-3 and Japan prospered over Czech Republic 9-4 in the other two.

Finals of both the male and female events are then due to take place later tomorrow.

Competition is open to junior teams from all World Curling Federation (WCF) Member Associations that have not already qualified for the 2017 World Junior Curling Championships in South Korean city Gangneung.

The top three men's and women's teams overall will qualify for the Championships, which are scheduled to take place from February 16 to 26 and are a test event for the Pyeongchang 2018 Winter Olympic Games.