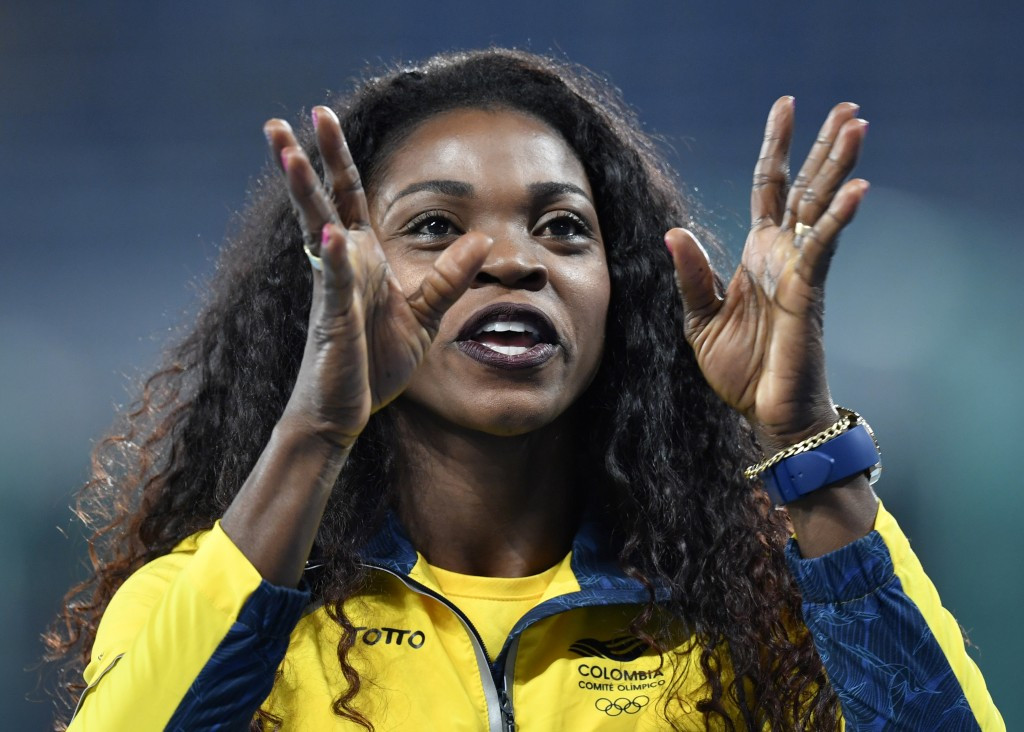 Olympic triple jump champion Caterine Ibargüen was named as athlete of the year for 2016 at the Colombian Olympic Committee's (COC) annual Sports Gala.

The 32-year-old recorded a distance of 15.17 metres to strike gold at the Rio 2016 Games in August, and took the top prize at the Gala after being selected by the El Espectador newspaper.

Second place at the Gala, which was held at the Sheraton Hotel in Colombian capital Bogota, went to women's BMX Olympic champion Mariana Pajón.

Weightlifter Oscar Figueroa, who also won gold at Rio 2016 in the men's under-62 kilogram division, was ranked third.

It meant that all three of Colombia's Olympic gold medallists in the Brazilian city occupied the top three positions.

Colombia's other Olympic medallists in Rio were also "distinguished" at the Gala.

Bronze medals were won by Luis Javier Mosquera in the men's 69kg weightlifting, Ingrit Valencia in the women's flyweight boxing and Carlos Ramirez in the men's BMX.

The event was attended by Baltazar Medina, the COC President, and Fidel Cano Correa from the El Espectador.