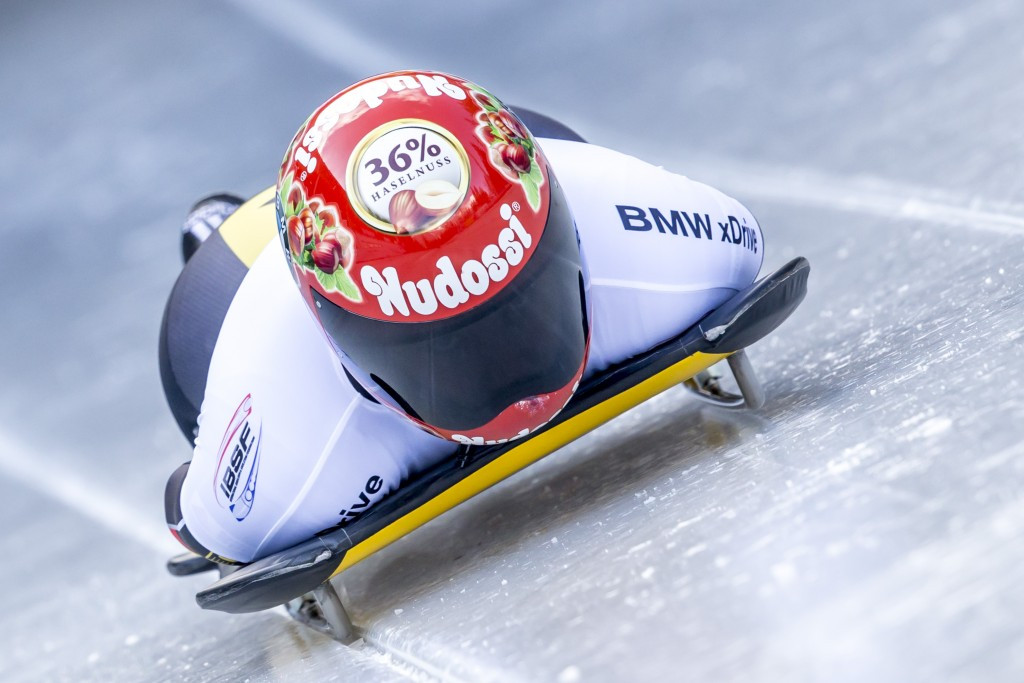 Germany’s Jacqueline Lölling took the overall lead in the International Bobsleigh and Skeleton Federation (IBSF) World Cup women’s skeleton standings after triumphing in front of a home crowd in Altenberg.

The 2015 World Championship silver medallist had been yet to taste World Cup victory in her 10 appearances to date, but has finished on the podium on six occasions.

She would move closer to a maiden triumph by topping the standings at the end of the first run by clocking 58.58sec, with her compatriot Tina Hermann lying 0.32secs off the pace as the nearest challenger.

Lölling sealed victory by finishing the second run in 58.59, giving her an overall winning time of 1 min 57.17sec.

A solid run saw Hermann hold onto second place in 1:57.61, with Austria’s Janine Flock ending in 1:57.71 to complete the podium positions.

With Britain’s Olympic champion Lizzy Yarnold finishing 2.10 off the pace of the winner to end down in ninth place, the overall World Cup lead shifted to Lölling.

The German now heads the standings on 619 points, with the European champion Flock occupying second place on a total of 561.

Defending champion Hermann and Yarnold, who returned to the sport this season after a year break, are tied for third place on 554 after the first three events.

Olympic champion Kaillie Humphries is beginning to pull away in the women’s bobsleigh standings after the Canadian and her brakewoman Melissa Lotholz recorded their second victory of the season.

The duo finished in an overall time of 1:54.15 to claim the race win by a margin of 0.70, with Elana Meyers Taylor and Kehri Jones of the United States having to settle for second place.

Austria’s Christina Hengster and Sanne Dekker were pushed into third place, as they ended a further 0.08 behind the runners-up.

Humphries has moved onto 650 points in the World Cup standings, with the United States’ Jamie Greubel Poser now 41 points back in second.

Men’s bobsleigh and skeleton competition will take place tomorrow, with the skeleton World Cup leader Aleksandr Tretyakov of Russia set to be absent from the event while a suspension remains in place.

After the IBSF were informed by the International Olympic Committee (IOC) that investigations into alleged anti-doping rule violations from the Sochi 2014 Winter Olympic Games had been opened against a quartet of sliders, the global governing body provisionally suspended them.

In accordance with the provisions of World Anti-Doping Agency (WADA), the IBSF is not in a position to communicate the athletes´names before the proceedings have been concluded.