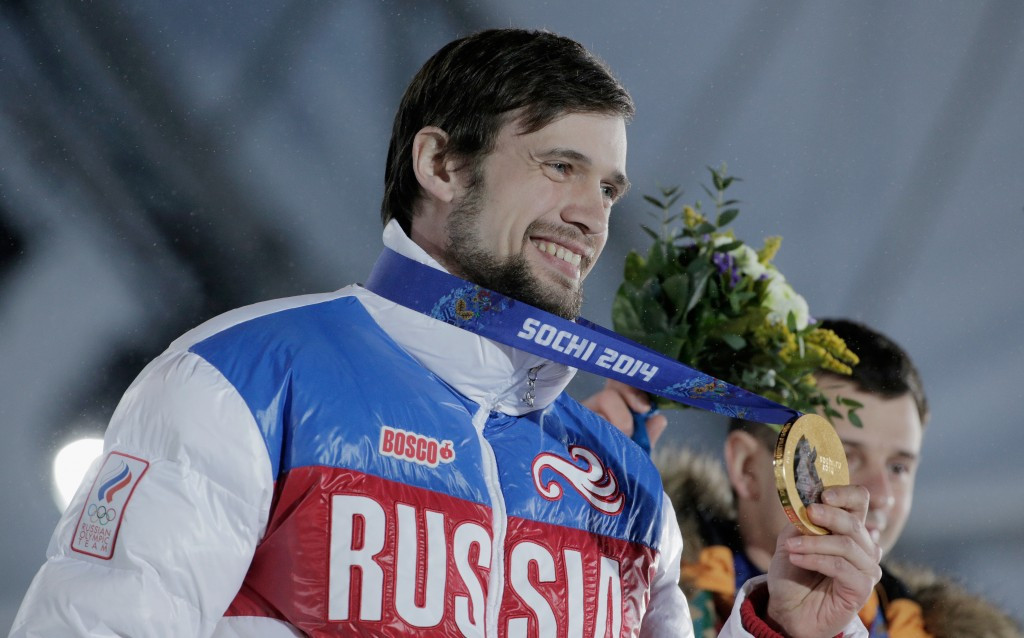 The quartet were previously named by Russian media as being the four suspended by the International Bobsleigh and Skeleton Federation (IBSF), which acted after International Olympic Committee (IOC) investigations into alleged doping violations at Sochi 2014.

In accordance with the provisions of the World Anti-Doping Agency (WADA), the IBSF have said they are "not in a position to communicate the athletes' names before the proceedings have been concluded".

However, all four - who have not been found guilty of any wrongdoing - now appear to have been named by the Russian governing body.

Nikitina, the Sochi 2014 women’s skeleton bronze medallist, had denied any knowledge of a suspension yesterday.

"Tretiakov, Nikitina, Potylitsyna and Orlova have been suspended from taking part in all competitions until January 19 in accordance with the anti-doping rules," Anna Makarova, a Russian Bobsleigh Federation spokesperson, told Russia's official news agency TASS.

Tretiakov won gold in the men's event, while Nikitinaclaimed bronze.

If any offence is proven, the pair will likely lose their Olympic medals.

The four athletes are ruled out of competing at the next two IBSF World Cup events, starting with a competition at Germany's Altenberg track on Friday and Saturday (January 6 and 7).

Winterberg, also in Germany, is due to play host on January 14 and 15.

Of the six athletes to represent Russia in skeleton at Sochi 2014, five were listed in the McLaren Report which suggested that more than 1,000 athletes from the country were implicated in a state-sponsored doping scheme.

Nikitina, Tretiakov, Potylitsina and Orlova were all listed in the findings of McLaren.

Sergei Chudinov was also named but has not been suspended.

Nikita Tregubov was the sixth member of the Sochi 2014 Russian skeleton team, and has not been named in any report.

Russian Bobsleigh Federation President Alexander Zubkov has expressed his hope that the situation will be resolved before January 19.

"We will be in close contact with the international federation," Zubkov, winner of two Olympic gold medals in bobsleigh at Sochi 2014, told TASS.

"Everything that was required from our Federation has been submitted.

"We are hoping that the issue will be solved in the near future.

"We are waiting for results from the IBSF."

Since the second part of the McLaren Report was published on December 9, several high profile events have been taken away from Russia.

These include the IBSF World Championships, due to take place in Sochi in February.

The International Ski Federation (FIS) rejected their appeals before the Tour de Ski event began at the end of December, but their President Gian-Franco Kasper has now reportedly warned against banning the entire Russia team.

"We should not suspend those who are innocent," Kasper said, according to Deutschlandfunk.

"We should punish only those who are guilty, we cannot do that indiscriminately just because they have Russian passports.

"That’s wrong both humanly and legally."