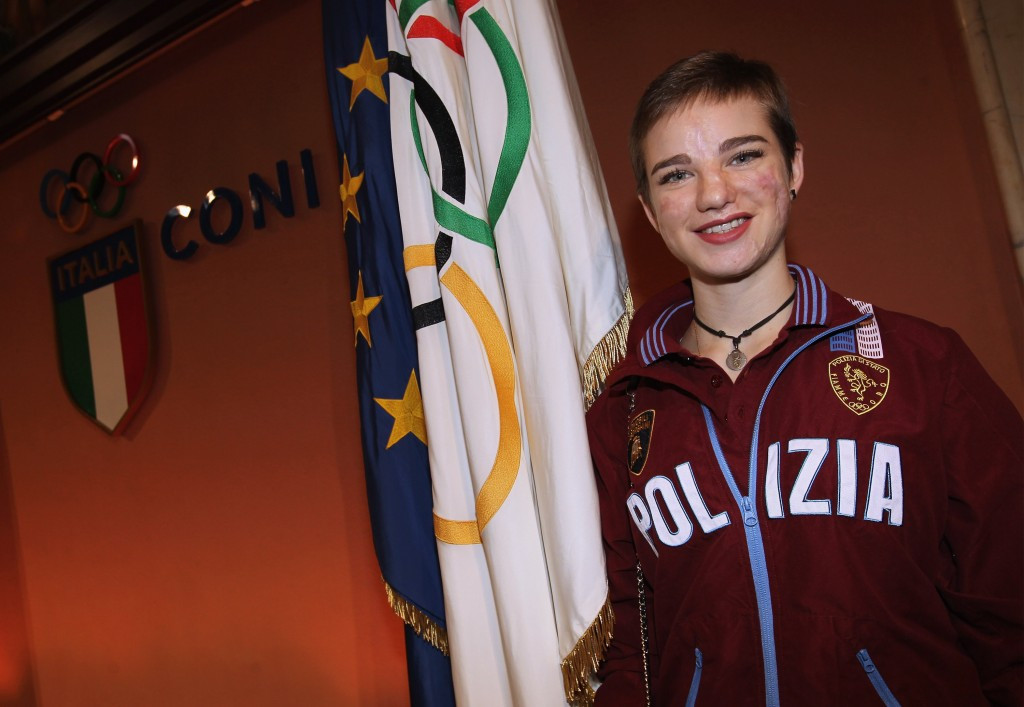 The 19-year-old sensation enjoyed a sublime year in 2016, the highlight of which came when she won the gold medal in the foil B category at the Paralympic Games in Rio de Janeiro.

Vio was also chosen to attend the final state dinner hosted by Barack Obama at the White House in October, when the President welcomed former Italian Prime Minister Matteo Renzi.

Famiglia Cristiana editor-in-chief Antonio Rizzolo told Italian news agency ANSA that Vio was given the award “for her explosive vitality, for her courage and even her taste in accepting the challenges life has set before her".

The Italian brought an incredible season to a close with victory in the foil category B event at the International Wheelchair and Amputee Sport Federation (IWAS) World Cup in Pisa in Italy last month.

The title was Vio’s fifth of the campaign, a tally which includes gold at the European Championships and her Paralympic triumph in Rio.

Her success in Pisa means Vio has suffered just one defeat in the last two seasons.

Her only loss came in the epee category B final at the World Cup in Poland's capital of Warsaw, where a 15-13 defeat to Russia’s Viktoria Boykova brought a run of 11 consecutive titles to an end.

Vio finally got her hands on the Paralympic crown she so desperately craved as she reigned supreme at Rio 2016.

After being too young to compete at London 2012, the overwhelming favourite and world number one triumphed over China's Zhou Jingjing, winner of the women's individual épée category B crown in Rio, 15-7.

Vio was diagnosed with meningitis B in 2008 and had to have all four limbs amputated.