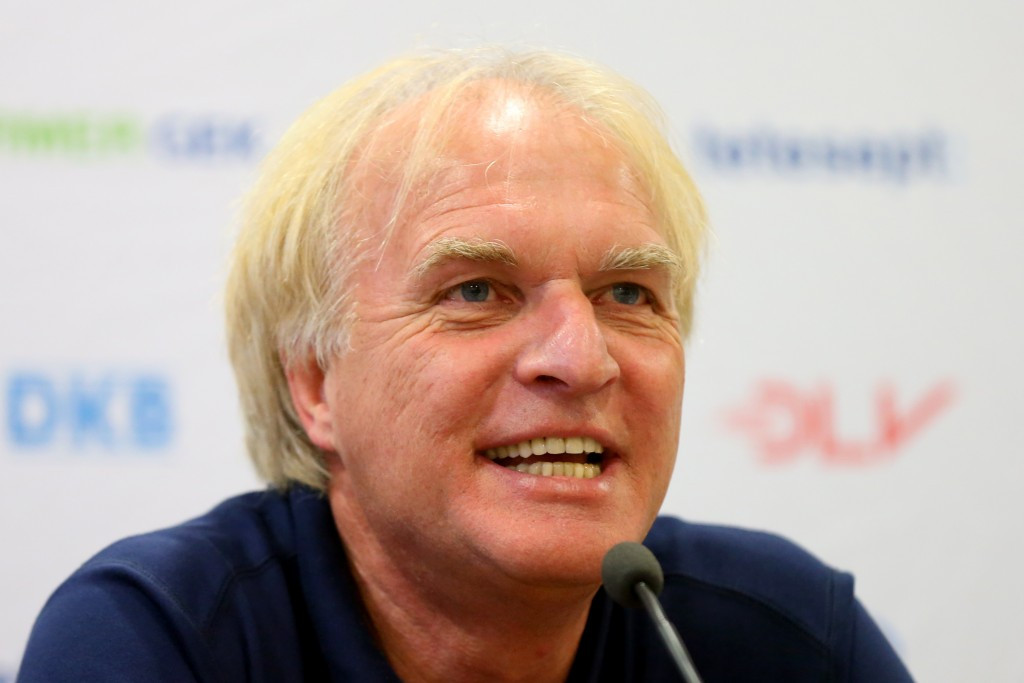 German Athletics Federation (DLV) President Clemens Prokop has criticised the arguments of compatriot Thomas Bach, while calling for the Russian Olympic Committee (ROC) to be suspended until the country's doping problems are resolved.

International Olympic Committee (IOC) President Bach has repeatedly rejected such a notion on the grounds that the ROC were not specifically mentioned as being directly implicated in the McLaren Report's damning evidence of a state-sponsored doping programme.

This was allegedly in operation at events including the Sochi 2014 Winter Olympic and Paralympic Games.

Rather than introducing a suspension, responsibility for Russian eligibility at August's Olympic Games in Rio de Janeiro was instead handed to specific International Federations before being ratified by a three-person IOC panel.

Bach defended this decision last week in an interview with Frankfurter Allgemeine Zeitung on the grounds that they must base their reasoning on "law and legislation" because this is a "major achievement of modern democracy".

He rejected claims that the IOC have behaved inconsistently because they have suspended other National Olympic Committees, such as Kuwait, specifically due to the actions of the Government.

He also claimed the IOC's position was different to that of the International Association of Athletics Federations (IAAF), who did suspend the All-Russia Athletic Federation, on the grounds that "the IAAF has to resolve its specific problem of members of its former leadership participating in this system", which "distinguishes it from all other federations and the IOC".

But Prokop, a frequent critic of IOC policy who also wrote an open letter to Bach urging stronger sanctions on Russia in June, has now claimed that there were plenty of grounds in the Olympic Charter to justify such a suspension.

"If the values of the Charter of the IOC are taken seriously, the NOC of Russia would have to be suspended by the IOC until the solution of its doping problem, for the protection of all concerned athletes and fair play," he wrote in Frankfurter Allgemeine Zeitung.

He pointed-out how the Olympic Charter calls on NOCs "to ensure the observance of the Olympic Charter in their countries", to "adopt and implement the World Anti-Doping Code", and "to encourage and support measures relating to the medical care and health of athletes".

Rule 59 offers plenty of sanctioning powers if these requirements are not met.

"The fight against doping is one of the central tasks of an NOC," he added.

"It is therefore irrelevant whether the leaders of the ROC have also found themselves guilty of active participation.

"On the contrary, it is crucial that the ROC, in accordance with the IOC Charter, actually served the national anti-doping authorities and thus had to be blamed for their negligence."

Prokop claims that the comments of Bach do "not bring any signal to the start in the fight for the recovery of the credibility of the sport".

ROC President and IOC member Alexander Zhukov is a member of the Russian Government while deputy Sports Minister Yury Nagornykh, the official who has been dismissed after being blamed for orchestrating the scheme, sat on the ROC Executive Committee, as do many members of national governing bodies implicated in the scandal.

Furthermore, the McLaren report cites Irina Rodionova as having played a "coordinating" role in the doping process at Sochi 2014, liaising between the FSB and the doping laboratory.

At that point, she was a ROC staff member as the head of the Monitoring and Management of Medical Anti-Doping Programmes Department.

Canadian lawyer Richard McLaren made clear there was no direct link, however, when releasing the full part of his report in London earlier this month.

He provided evidence making clear how 1,000 athletes from 30 sports had been implicated in the scheme.

The International Paralympic Committee suspended Russia as a consequence, leading to their complete absence from Rio 2016.

Russia remain suspended by the IAAF, with the latter body's former President Lamine Diack currently under investigation by French police over claims he was at the centre of a cabal of officials who accepted bribes in return for the covering up of doping failures.

insidethegames has asked the IOC for a comment on Prokop's comments.