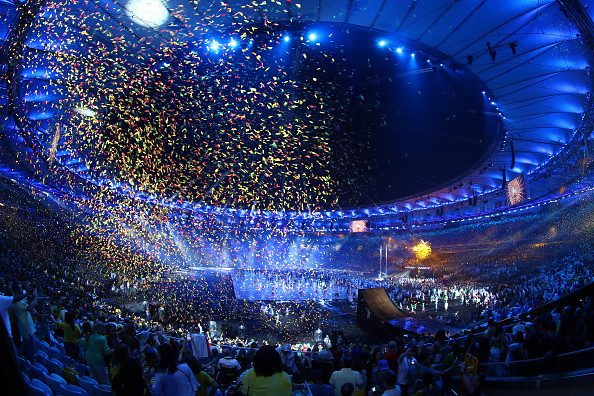 But, after missing the deadline, they eventually informed the IPC on Friday (December 9) how they are unable to because they have still not received funds from the City Government.

The loans were due to be spent largely on covering the cost of travel to Brazil for September's Games.

Many larger NPC's could also be forced to divert money from training and sporting development programmes if they are not paid.

“We’re hugely disappointed that the second installment of the travel grants, just like the first set, have not been paid on time by Rio 2016 and are urgently seeking a resolution to this issue from all parties concerned," IPC communications director Craig Spence told insidethegames today.

“The grants are now two weeks overdue and some of our smaller National Paralympic Committees, who took out loans to pay for their travel for the Games, are now in serious danger of defaulting on their repayments.

“The IPC has stepped in to keep these smaller NPCs afloat and overnight we have sent a letter to Rio Mayor’s Paes, who was hugely supportive of the Paralympic Games, asking him to step in and intervene."

Rio 2016 communications director Mario Andrada has told insidethegames today how they will "honour all commitments" to make repayments.

He said last week that they still owe 700 suppliers payments owed from the Games, partly because they are still awaiting promised payments from the City Government.

It is thought that some of these third party companies have filed lawsuits in order to collect funds owed.

The lawsuit contained a preliminary injunction for Rio 2016 to have the amount owed seized from its bank accounts.

Rio has therefore had R$10.3 million (£2.4 million/$3.1 million/€2.9 million) seized from its accounts, including from the one where the travel grant money for the IPC was kept.

“Ever since the issues with the late payment of the first installment of travel grants, we have been in close dialogue with Rio 2016 to ensure the second installment was paid on time," Spence added.

"Despite their assurances, we were only informed on December 9 by the Organising Committee of the problems they now face with repayment.

“The longer this situation goes on, the more likely it is that other NPCs come forward asking for financial support from the IPC.”

"If, for whatever reason, the funds do not become available to PNZ we'll either need to re-forecast some of our budgets accordingly, and or seek other investment options," the body's chief executive Fiona Allan told Stuff New Zealand.

"It is a lot of money, if you consider the investment that we have into our athletes.

"You can envisage us explaining that to our Paralympians, that we haven't got $38,000 that we previously budgeted for."

Paes - who is due to be replaced by Marcelo Crivella in January - seems to once again represent their best hope of resolving the situation.

This all comes after Rio organisers and the International Olympic Committee trumpeted the Brazilian event as a "marvellous Games in a marvellous city" at last month's Rio Debrief in Tokyo.