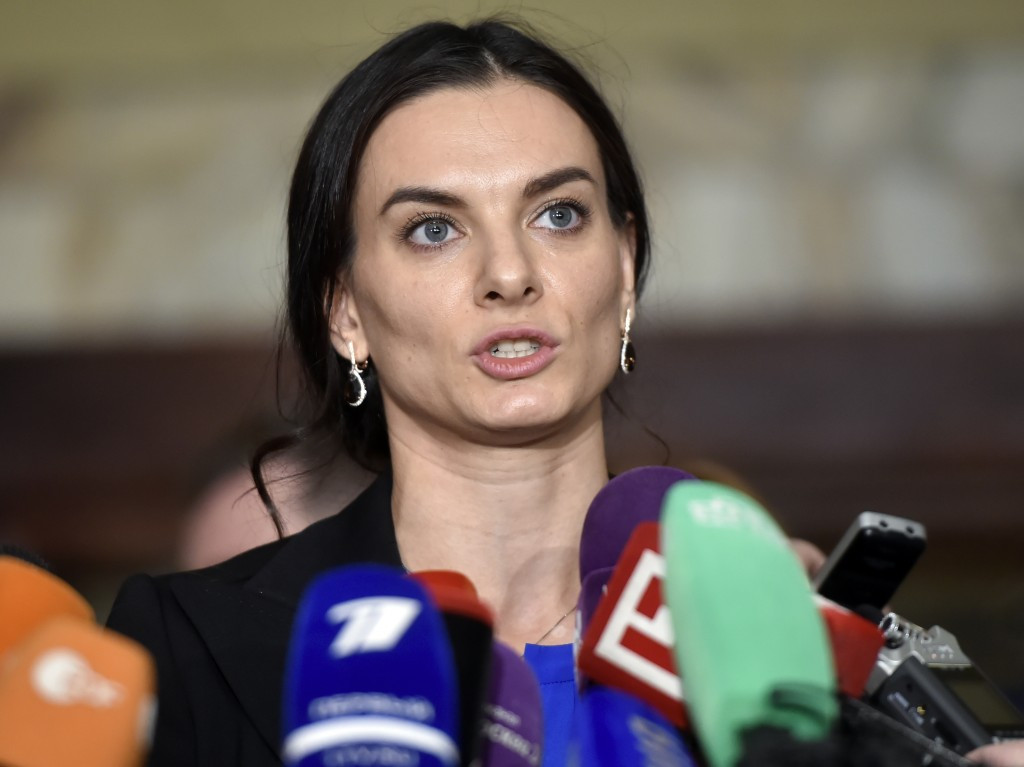 Evidence found within part two of the McLaren Report will be discussed at a meeting of the new Russian Anti-Doping Agency (RUSADA) Board on December 15, insidethegames has been told.

New RUSADA head Yelena Isinbayeva has vowed to "prove Russia can be trusted".

"I know we have a very big job to restore confidence in Russia but I'm optimistic we can do it," the two-time Olympic pole vault champion and International Olympic Committee (IOC) Athletes' Commission member told insidethegames here today during elections for the new Russian Athletic Federation President.

"All the previous people working for RUSADA have now left and we will work hard to prove to the world that Russia can be trusted.

"I want to rebuild RUSADA in my own clean image."

Isinbayeva was this week named head of the organisation which remains non-compliant with the World Anti-Doping Agency (WADA).

Canadian lawyer Richard McLaren proved evidence in his WADA-commissioned report that more than 1,000 athletes across summer, winter and Paralympic sports were involved in a widespread state-sponsored doping system in Russia akin to an "institutional conspiracy".

Dmitry Peskov, the spokesman of Russian President Vladimir Putin, has said they will "consider the report carefully".

However, reaction from others in the country has been far less conciliatory.

"How can anyone logically and sensibly accept claims which do not contain a single confirmed fact or a single name?" Russian Luge Federation President Natalia Gart told R-Sport.

"The McLaren Report published today is not confirmed by anything again.

"Where are the facts?

"You can say this is nothing but rubbish.

"I am convinced that all of our athletes are clean and the silver medals that we won at the Sochi Olympics are well deserved."

"All this only shows that they have no facts and no evidence," he said.

"Believe me, if they had been, the fight would be on a completely different level and more serious.

"All this is certainly a strong political background, and we hope that all Russians favourite Mr. Trump will put an end to this."