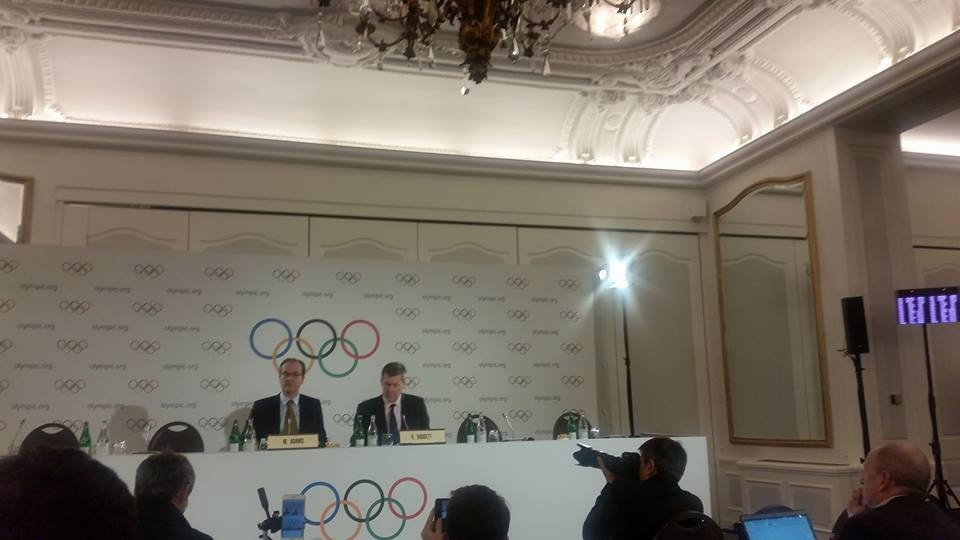 More positive doping tests have been found by the International Olympic Committee (IOC) as they continue to re-analyse samples from the Beijing 2008 and London 2012 Games.

This brings the total number of cases to 101 - although only 49 athletes have been officially sanctioned so far.

Retesting samples from Vancouver 2010 has now been hailed as a "priority" for the IOC in 2017 but they were unable to provide any update on the Turin 2006 retesting process for legal reasons.

No more samples will now be re-analysed from the Beijing Games due to the expiration of the eight-year statute of limitations.

But testing from London is now expected to conclude "just before the start of the 2020 Games in Tokyo".

IOC medical and scientific director Richard Budgett predicted today that there will be "many more positive tests to come in the coming weeks and months".

"It is really extrapolation," added the Briton, an Olympic gold medal winning rower at Los Angeles 1984.

"We are still getting positives from....samples from London and I expect they will continue."

Of these, 1,053 have been selected for re-analysis using the latest methods and 49 athletes have so far been sanctioned.

Exactly 5,000 tests have been undertaken from London 2012, as it stands, with 492 of these selected for re-analysis and 30 athletes sanctioned.

Redistributing medals has been highlighted as a "priority" although this process is "not automatic" and will be decided on a "case by case basis".

Budgett emphaised how they are continuing a targeted-testing methodology working in conjunction with the World Anti-Doping Agency (WADA) and the WADA-commissioned McLaren investigation as well as International Federations and National Anti-Doping Organisations.

They have focused on new technology available for detecting anabolic steroid use for far longer than previously possible, with these substances accounting for virtually all the failures.

"We [the IOC] are leading the way [with the retesting process], but it's not just us," Budgett added.

"This is a good example of sporting authorities working together."

It is thought there is no point in automatically testing every sample submitted by every athlete for every substance due to the expense of conducting each test.

But a "broader spread" of samples will be taken as the Statute of Limitations deadline draws closer.

He is "hopeful" that they will have developed new tests for Erthropoisis-Stimulating Agents, like blood booster EPO, within the timeframe but emphasised there is "no guarantee" of this.

If this does happen, it is thought possible that athletes from different sports to those already implicated could be caught.

At present, 31 athletics athletes, 38 weightlifters, three cyclists, six wrestlers and one swimmer have been sanctioned from across the Beijing and London retests.

Twenty-seven Russians have been caught along with 11 from Ukraine, 10 from Kazakhstan, eight from Belarus and four from Azerbaijan.

Armenia, Turkey and Cuba have accounted for two cases apiece and Moldova and Armenia for three each.

Spain, Greece, Qatar, Uzbekistan and Georgia have all produced one case so far.

Budgett also claimed the "integrity" of the testing process during August's Games in Rio de Janeiro was maintained despite logistical "challenges" within the anti-doping operation.

"The integrity of those tests was maintained and they will be valid for re-analysis," he added.

"We have learnt from the past, and our retesting process is getting better and better."

The Briton resisted an opportunity, however, to declare Rio 2016 the cleanest Games ever, saying it was impossible to draw such a conclusion at this stage.

Under the new World Anti-Doping Code, there is now a 10-year statute of limitations on samples taken from 2015 onwards.