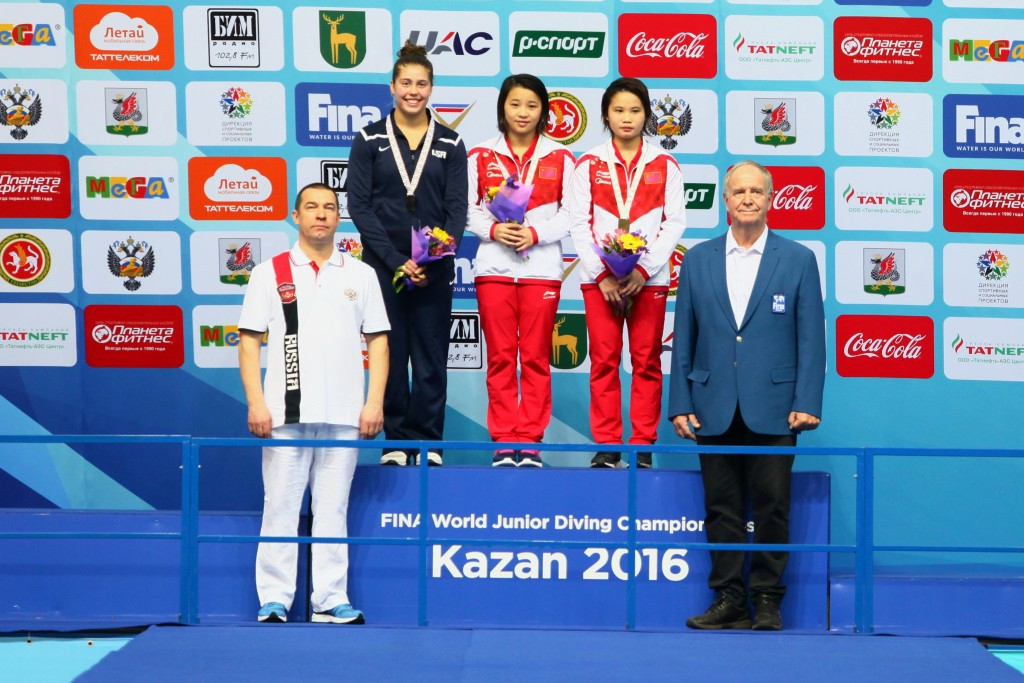 China claimed both gold medals on the final day of action at the 2016 International Swimming Federation (FINA) World Junior Diving Championships, underlining their domination of the event in the Russian city of Kazan.

The Asian nation’s first triumph came in the girls B three metres springboard final as Yixian Liang posted a winning total of 408.60 points at the Aquatics Palace.

American Maria Coburn finished runner-up with 398.60 points, while Liang’s compatriot Xiaojie He rounded out the podium with 397.00.

"The Championships was not an easy stroll for me," said Liang, runner-up in the girls B one metre springboard earlier in the competition.

"It took a lot to win gold today as my opponents were very strong.

"I am happy with the medal, but I realise, that some of my attempts could have been even better."

China’s seventh and last gold medal of the Championships was won by Lian Junjie in the boys A platform event.

Three of his five dives in the final eclipsed the 90-point mark, with his best being a 94.35 courtesy of a forward four-and-a-half somersaults with tuck on his fourth attempt.

"The 21st FINA World Junior Diving Championships turned to be a success for team China, which pleases me a lot," said Lian.

"I liked everything here in Kazan.

"The arena is beautiful, so it was a pleasure to compete.

"This was my first junior worlds and I believe it is a good start for me."