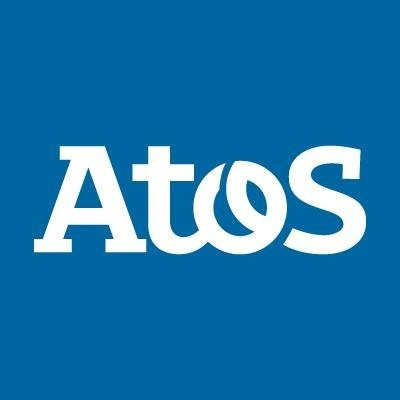 Organisers of the Glasgow 2018 European Championships have confirmed Atos as the preferred bidder to provide timing, scoring and results (TSR) services for four sports at the event, despite a number of calls being made for the digital services company to be dropped when it served as a leading sponsor of the 2014 Commonwealth Games in the Scottish city.

Glasgow City Council’s Executive Committee is due to meet on Thursday (December 8) to consider a report that recommends Atos’ appointment following a competitive process.

Subject to formal procurement procedures, it is also the intention of organisers to appoint Atos as the first official sponsor of the Glasgow 2018 European Championships - a new multi-sport event that brings together some of Europe’s leading sporting competitions.

The move is likely to raise eyebrows, however, given that Scottish Ministers heard calls for Atos to be ousted as sponsors of the Glasgow 2014 Commonwealth Games in the build-up to that event.

Speaking in front of the Public Petitions Committee at the Scottish Parliament in March 2014, Citizens United’s Sean Clerkin claimed more than 2,000 people had died going through the controversial "Work Capability Assessment" process used by Atos.

He also claimed 600,000 people in Britain, including 60,000 in Scotland, had had their disability benefits taken off them as a result of the assessment procedure used by the British Government and provided by the French company.

In October of last year, Clerkin walked free from court having previously been charged with breaking the law over a protest about Atos' sponsorship of Glasgow 2014.

He was accused of causing a breach of the peace as the Queen’s Baton Relay passed through his hometown of Barrhead in July 2014.

Clerkin was cleared of wrongdoing, however, following a trial at Paisley Sheriff Court.

Atos was previously contracted by the British Government to carry out "fit for work" assessments as part of a multi-million pound contract with the Department for Works and Pensions (DWP), an agreement that ended in 2014.

It was announced as a sponsor of Glasgow 2014 two years prior to the Games, leading to campaign groups organising protests around the London 2012 Paralympics.

Despite the protests and the online petitions opposing Atos' involvement at the 2012 Summer Olympic and Paralympic Games, both London 2012 chairman Sebastian Coe and IPC President Sir Philip Craven defended it.

The first edition will be held in the summer of 2018 in a sporting partnership between host cities Glasgow and Berlin.

Atos, a provider of IT solutions to the Olympic Games since 1992 and to the Paralympic Games since 2002, is the preferred bidder to provide the TSR services for cycling, golf, gymnastics and triathlon, along with television graphics for the four sports.

The contract includes an integrated package of television graphics for highlights across all sports, which it is hoped will provide a seamless viewing experience for a potential audience of over one billion across Europe.

"We can confirm that Atos has been named as the preferred bidder for timing, scoring and results services following a competitive tendering process," said a spokesman for the Glasgow 2018 European Championships.

"For spectators and athletes alike, the European Championships will create a new highlight on the international sporting calendar that will reach beyond the dedicated fans of the individual sports to the general public and a much broader audience.

"Working in partnership with the sports we are creating a must watch, must attend experience that elevates the status of European champions."

The event will build on Glasgow’s track record of hosting major international events, including the 2014 Commonwealth Games and the 2015 World Gymnastics Championships.