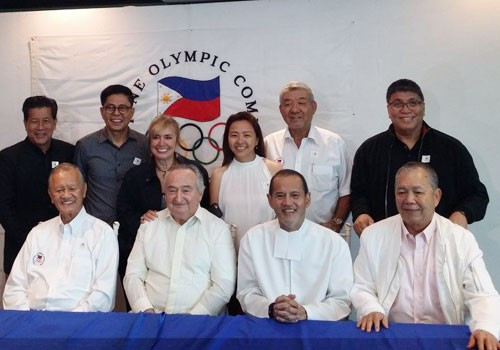 The 82-year-old ran unopposed, earning votes from 26 of the 37 participants present at the Wack Wack Golf and Country Club.

Cojuangco, head of the POC since 2004, promised to continue to push for the creation of new training centres for national athletes, stating he is already in touch with a handful of Local Government officials regarding the use of land.

"We can’t wait for somebody to build the training centre for us," Cojuangco, the younger brother of former Philippines President Corazon Aquino, was reported as saying by the Philippine Daily Inquirer.

"I will focus on the training centre.

"In fact, I’ve started going to the provinces to talk to my friends who could help us in our cause."

Cojuangco is due to oversee the Philippines’ hosting of the 2019 South East Asian (SEA) Games in Davao City.

It will mark the fourth time the country has hosted the biennial event, with Cojuangco heading the Organising Committee for the 2005 edition in Manila as the Philippines captured its first overall title.

"There are big concerns like next year’s SEA Games [in Kuala Lumpur] and our hosting in 2019 coming up and we don’t have much time," added Cojuangco, who promised strength and conditioning, scientific training and nutrition for athletes would continue to be at the heart of his programmes.

Vargas and Tolentino had filed candidacies for President and chairman, respectively, but were disqualified by the POC Election Committee after failing to meet requirements on being active members of the General Assembly.

POC first vice-president Joey Romasanta retained his post with a 23-14 win over Alfredo Benitez, while POC second vice-president Jeff Tamayo kept his position with a 26-11 success over Lucas Managuelod.

Archery’s Clint Aranas was elected a Board member along with gymnastics’ Cynthia Carrion, billiards’ Roberto Mananquil and chess’s Propero Pichay.