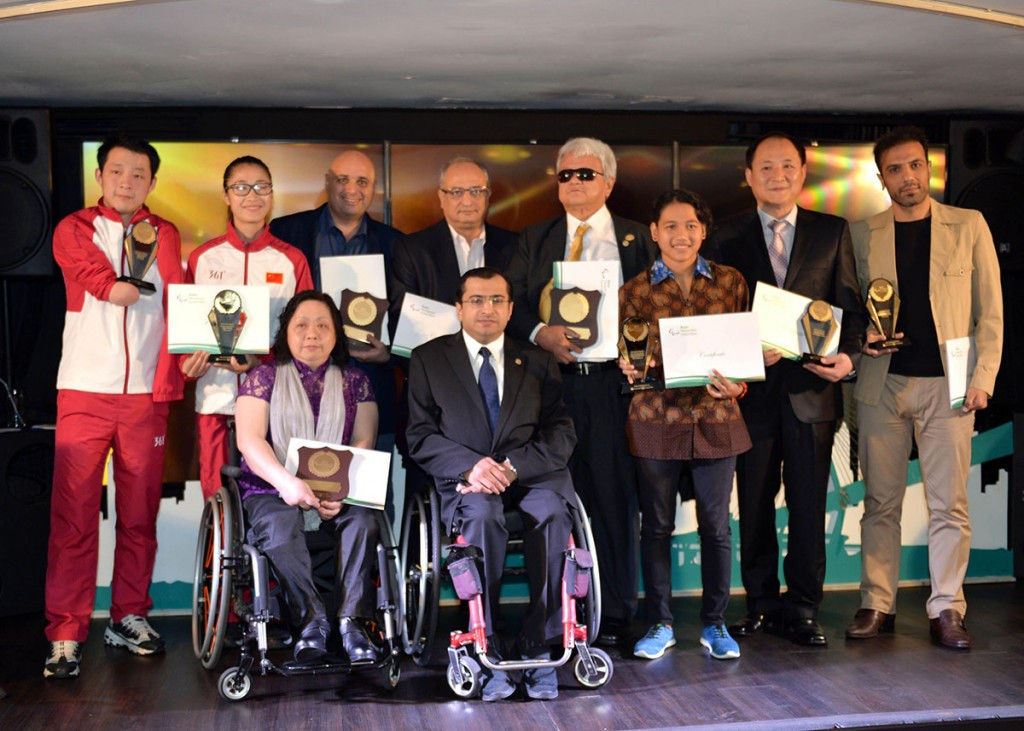 The pair received their accolades at a Gala dinner held during the APC General Assembly in Thailand’s capital Bangkok.

A seven-time gold medallist across the Beijing 2008 and London 2012 Games, Xu continued his Paralympic success at Rio 2016 where he topped three podiums.

Xu competed at his first Paralympics in 2004, when he swam in Athens as a 12-year-old.

At the 2014 Asian Para Games in Incheon, he won gold medals in all eight of the events he contested and broke three Asian records and three Asian Games records in the process.

Jing, meanwhile, won gold medals at Rio 2016 in the women’s foil A, women’s team épée and women’s team foil having served as China’s flagbearer at the Opening Ceremony of the Games.

Having started wheelchair fencing in 2004, she went on to win women’s team open gold at London 2012 and is currently the reigning world champion.

At the 2014 Asian Para Games, she won gold medals in the women’s individual foil and épée.

Among the other winners at the ceremony was the Iranian men’s sitting volleyball team, who claimed their sixth Paralympic title with gold at Rio 2016.

Iran have contested the men’s final in each of the past eight editions of the Games, losing only at Athens 2004 and London 2012.

The award was collected by the team’s head coach, Hadi Rezaree.

Indonesia’s Syuci Indriani won the best youth athlete prize after winning three gold medals at this year's International Sports Federation for Persons with Intellectual Disability (INAS) Swimming Championships in Thailand to earn her qualification for Rio 2016, where she qualified for two out of the three finals.

Iran’s Abofazl Amanollah took the best photography prize for his photo of the Iranian football five-a-side team at Rio 2016.

The winners of the six categories were determined based on performances at any competition since the last awards were presented in December 2014.

The highest order that the APC can bestow was also awarded to the late Fatemeh Haj Mir Fattah, founder of the Paralympic Committee of Iran, and Anyetty Chow Yeun Wan, who has dedicated 40 years of service to the Hong Kong Paralympic Committee and Sports Association for the Physically Disabled since joining in 1975 as an administrative assistant.

It is awarded to any person who has illustrated the APC ideals through his or her actions, has demonstrated outstanding achievement in their sport, or has given outstanding and long-lasting services to the APC cause.

"As we look to grow and strengthen the Paralympic Movement in Asia, it is important that we recognise those who have made a lasting contribution to it and those whose sporting performances are inspiring and exciting our region," said APC President Majid Rashed.

"My Executive Board colleagues and I enjoyed judging the winners from a strong list of nominations and we congratulate them all."