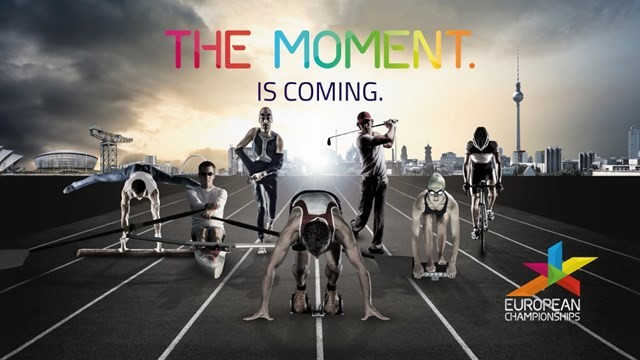 More than 35 members of the European Broadcasting Union (EBU) have now signed up to show the inaugural edition of the multi-sport European Championships in Berlin and Glasgow in 2018, it has been announced.

Due to be held every four years, the event combines continental Championships in aquatics, athletics, cycling, gymnastics, rowing and triathlon with a new Golf Team Championships, all unified under a common brand.

Berlin is set to host the 2018 European Athletics Championships at the Olympic Stadium from August 7 to 12, while the other six sports will take place in Glasgow around the same time.

The latest figures from the EBU, which holds the broadcast rights on all platforms, are an update to those provided at the recent European Championships Board meeting in Rome.

"The European Championships will be the ultimate multi-sport platform to promote our sports on the continent - and worldwide - to what we hope is an unprecedented television audience."

Speaking at last week’s Host City Conference in Glasgow, Julien Ternisien, head of summer sports rights at the EBU, reaffirmed that take up from EBU members has been strong.

Ternisien said that the interest from EBU members "shows that aggregating all these sports works".

"It’s the aggregation of all these disciplines and sports that provides the added value for this event," he added.

The EBU confirmed earlier this year that Europe’s major free-to-air broadcasters will televise the Championships, with coverage across the top five markets - BBC in the United Kingdom, ARD/ZDF in Germany, RAI in Italy, TVE in Spain and France Télévisions.

The broadcasters in all five major markets have promised to show the action "on their main channels".

The level of coverage for the inaugural European Championships is also enhanced by a deal with Eurosport.

The pan-European broadcaster has an agreement to show European Athletics events from 2016 to 2019.

It is claimed the 2018 European Championships will be watched by a potential television audience of 1.03 billion, with many more opportunities to access content across digital and radio platforms.

There will be a projected 250 hours of host broadcaster coverage, and an anticipated 2,700 hours of television coverage.

All seven federations due to participate in the inaugural European Championships in 2018 have agreed "in principle" to taking part in a second edition in 2022.

This comes as the European Championships battles with the European Olympic Committee (EOC)-organised European Games to be the premier continental multi-sports event.

The EOC has criticised the European Sports Championship Management, who are organisers in conjunction with the European Championships Board, for an alleged contractual clause limiting the participating federations from competing at other multi-sports events.

This was only a preliminary proposal and has since been removed from the contract, the Board have insisted.