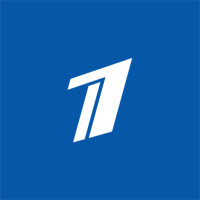 Russia’s Channel One is due to televise a film on Monday (December 5) that it claims reveals the "problem" of institutionalised and systematic use of performance-enhancing drugs by athletes from foreign countries.

The authors of the film say they investigate the issue by detecting that the history of many famous athletes named as having obtained Therepeutic Use Exemptions (TUEs) "was in fact falsified".

There is no suggestion that any athlete has committed an offence, with TUEs granted to treat medical conditions.

Tighter regulations on the use of asthma drugs are among changes confirmed to the WADA List of Prohibited Substances and Methods for 2017, which will be referenced in the film.

The new list, published online in September before coming into force on January 1, makes clear that salbutomol, salmertor and formoterol are the only permitted "beta-2agonists" which can be used to treat asthma.

"WADA remain tolerant to the asthma issue - even without TUEs it allows as much as 1600 mcg (16 inhalations) on a daily basis," the authors of the film say.

"But the dose of the drug used by one of the Norwegian skiers was not just a bit higher, it exceeds the norm by nine times.

"Since 1992, at least 42 Norwegian Olympic medallists had asthma."

Among those who participated in the production of the film are Arne Ljungqvist, a former International Olympic Committee (IOC) Medical Commission chairman, and Patrick Shamash, an ex-director of the IOC Medical Commission.

Dozens of emails released by the group, which is allegedly linked to the Russian security services, show separate conversations between officials from WADA and the United States Anti-Doping Agency (USADA).

This was dismissed by USADA, however, as "attempts to create fake news and smear their names in order to divert attention away from their [Russia's] own state-operated doping programme".

Unlike previous Fancy Bears leaks, the documents have not been placed on the hacking group's website but were reported on by newspapers in Britain.

According to The Times, topics include suggestions that high-profile American athletes submitted tests showing unusual blood values as well as a tip-off that at least two US Olympians took cocaine in order to lose weight before Rio 2016.

There are also reported suggestions that a non-American athlete, who has not been banned, had a blood transfusion before a major race.

The leaks have led to criticism of the TUE system and claims that use of them should be made fully public.

WADA has hired cyber security firm FireEye Inc to assess the extent of the data breach by Fancy Bears and to improve its defences to avoid a future attack.

Channel One's film is due to be shown on Monday at 11.35pm Moscow time.

Documentaries played a big part in exposing doping problems within Russia, particularly those by German journalist Hajo Seppelt on the ARD network.