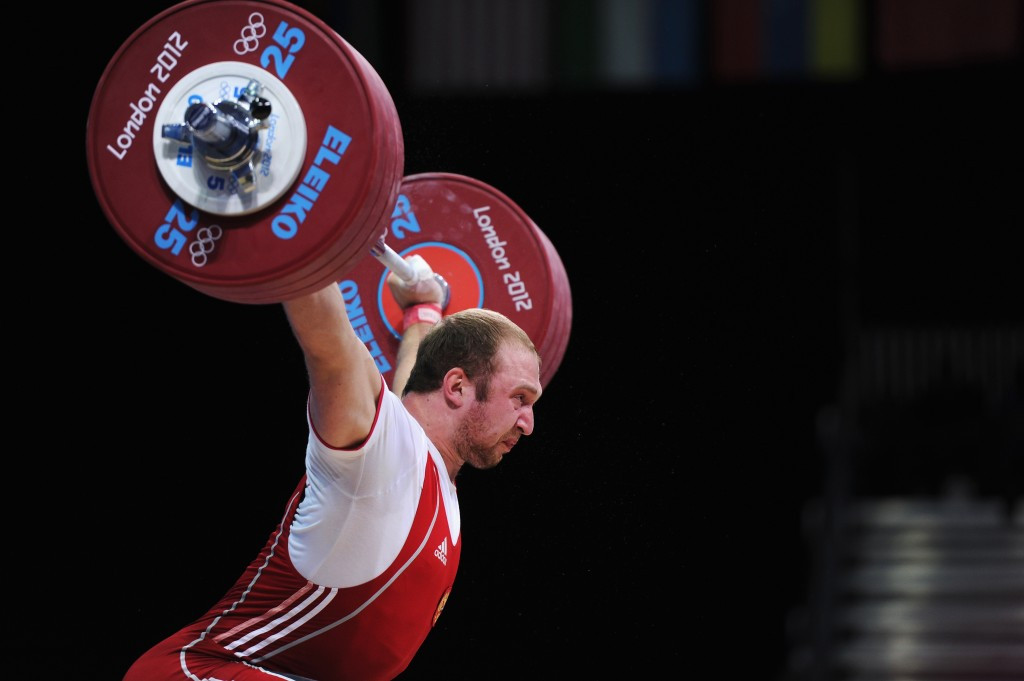 The International Olympic Committee (IOC) has confirmed that six weightlifters will be stripped of medals won at the London 2012 Games due to retrospective drug test failures.

The sextet are among a list of 12 athletes sanctioned by the IOC today after the re-testing of doping samples using up-to-date methods.

Included on the list are four weightlifters from the notorious 94 kilogram competition in the British capital, with the ninth placed finisher in the event now poised to receive a farcical bronze medal.

Also included is Russia's Yuliya Zaripova, who has already been stripped of her London 2012 3,000 metres steeplechase gold medal due to a failed test.

It has now been confirmed that her retrospective sample failed for dehydrochlormethyltestosterone, also called turinabol.

All of the weightlifters had already been named by the International Weightlifting Federation (IWF) before today's confirmation by the IOC.

The stand-out names are the four lifters who competed in the men's 94kg competition, which has descended into complete disgrace due to the amount of cheating.

The fourth and seventh place finishers, Russia's Andrey Demanov and Kazakhstan's Almas Uteshov, are also listed today with both failing for turinabol and the latter also failing for steroid stanozolol.

With initial winner Ilya Ilyin of Kazakhstan having already been implicated, Iran's fifth place finisher Saeid Mohammadpour is in line to receive the gold medal.

Zielinski, however, was sent home from Rio 2016 after he failed a test for banned anabolic steroid nandrolone at the National Championships in July.

Zabolotnaya failed for turinabol with Kulesha failing for both that and stanozolol.

Abeer Abdelrahman of Egypt is in line to be promoted from fifth to the silver medal with Cameroon's Madias Nzesso going from sixth to bronze.

Elsewhere, Moldova's Cristina Iovu has been disqualified from the women's 53kg event for using turinabol.

Indonesia will win the silver medal courtesy of Citra Febrianti with Ukraine's Iulia Paratova moving from fifth to bronze.

The final medallist to be sanctioned is Armenia's Hripsime Khurshudyan, who failed for turinabol and stanozolol.

Her bronze medal at over 75kg will now go to South Korean Jang Mi-ran.

All of those sanctioned today come from former Soviet countries, with former European weightlifting champion Rauli Tsirekidze of Georgia banned for turinabol and stanozolol after a ninth place finish in the men's 85kg class.

Zaripova's case is interesting after she was banned by the Russian Anti-Doping Agency (RUSADA) for two years in January 2015 with the suggestion that she lose her Olympic gold but keep her World Championship title won in Daegu in 2011.

This was after abnormalities in her biological passport.

She subsequently lost both her London 2012 and world titles to Habiba Ghribi of Tunisia, who has received her medals.

Drygol was 34th in London and has retrospectively failed for turinabol, with Tverdokhlib failing for turinabol and stanozolol after her 26th place finish.