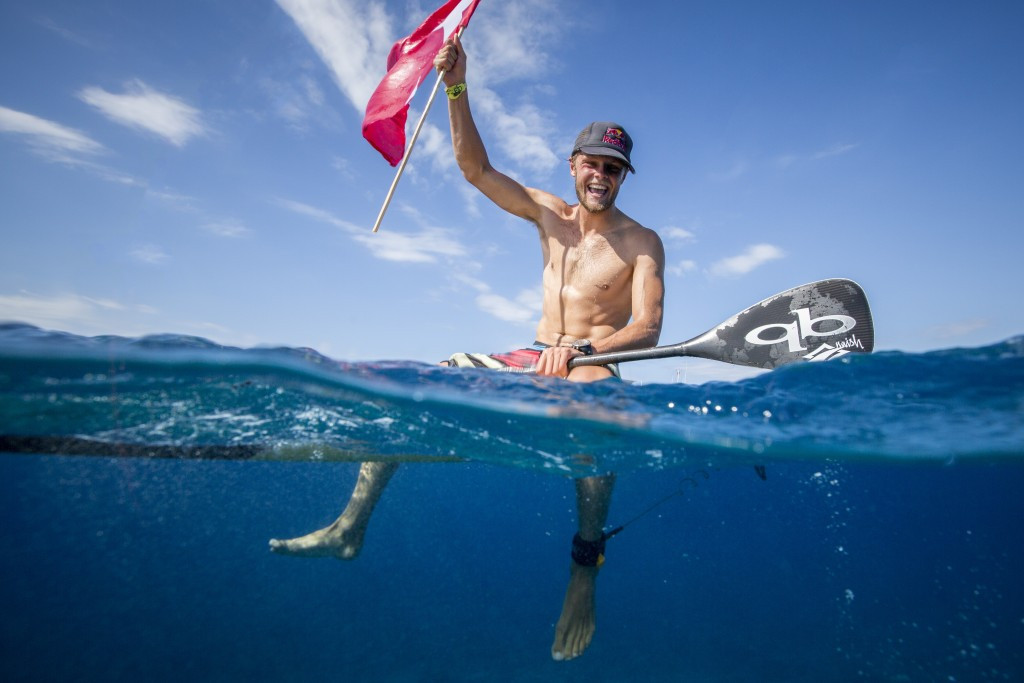 Steinfath, a vice-president of the ISA and chair of the Athletes’ Commission, won the technical race with a time of 19min 18.58sec.

The Dane finished ahead of Hawaii’s Kai Lenny and Arthur Arutkin of France to take home his third world title.

"I’ve done a lot of racing in my life and I’ve learned one thing, which is to never give up because you never know what the ocean is going to throw at you," said Steinfath.

"That wave just let me fly across the finish line and finish in first place.

"It felt like I was paddling so fast that my board was going to levitate."

The Australian completed the course in the iconic Fijian setting in 20:51.02.

"She is an amazing athlete so they were some big shoes to fill.

"It’s great to be part of Australia this year and compete on the team."

Australia then sealed a one-two in the men’s event as Poole secured the honours in a time of 18:50.59, with team-mate Lachie Lansdown earning the silver medal.

Scott Cowdrey of New Zealand did enough for the bronze medal.

In the fourth final to be held today, New Zealand’s Penelope Armstrong dethroned defending champion Candice Appleby of the United States, who was forced to settle for bronze.

Armstrong finished in 21:30.64, ahead of Frenchwoman Olivia Piana.

"The first gold medallists of the event and the first SUP World Champions ever crowned in Fiji made this a truly special day.

"Casper Steinfath is an amazing athlete and put on a gutsy performance to come from behind on the final stretch and earn his third gold medal in the technical race.

"We are so fortunate to have an athlete of his calibre who also has the poise and maturity to make a valuable contribution to our sport as a leader in the ISA."