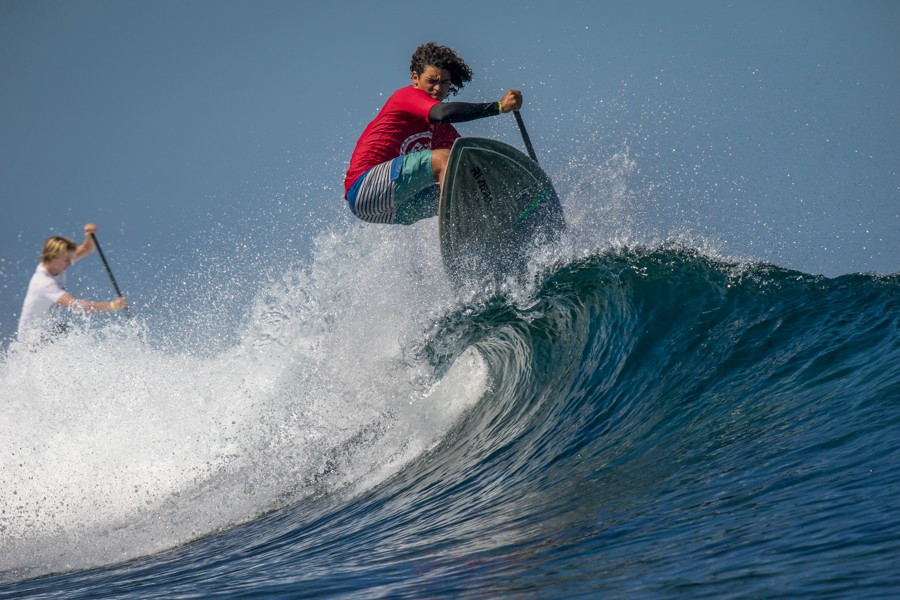 Competition at the 2016 International Surfing Association (ISA) World StandUp Paddle (SUP) and Paddleboard Championship continued today with yet another competitive round of SUP action at Cloudbreak in Fiji.

Men’s and women’s repechage heats took to the water first as a number of competitors squared off aiming to extend their hopes of winning gold.

In the women’s repechage rounds, Shakira Westdorp returned to form after an unexpected exit from the main event yesterday.

The Australian produced the highest heat total for the women of the day with 10.83 points.

"Cloudbreak is one of the best waves in the world and it’s a huge step forward for the growth of SUP," said Westdorp.

"This event allows the world’s best SUP surfers to have the opportunity to surf in these amazing waves."

In the following repechage heat, Spain’s Iballa Ruano managed to participate, despite wearing a brace on her knee after taking a nasty fall yesterday.

Unfortunately for the Spaniard, her tournament came to an end as she was knocked out by Brazil’s Nicole Pacelli and France’s Carolina Angibaud.

In men’s action, France’s Jeremy Massiere was the stand out performer, earning the highest male heat total of 14.38 points.

Massiere battled through two rounds to survive and reach the final day.

The resumption of the women’s main event then followed, where the semi-finalists were decided.

"Everyone has their eyes set on Saturday when the finals will be held in a very solid swell," said ISA President Fernando Aguerre.

SUP action now takes a break and will resume on Saturday (November 19).

Tomorrow is a rest day in Fiji, with technical SUP and paddleboard races due to resume the action on Wednesday (November 16).