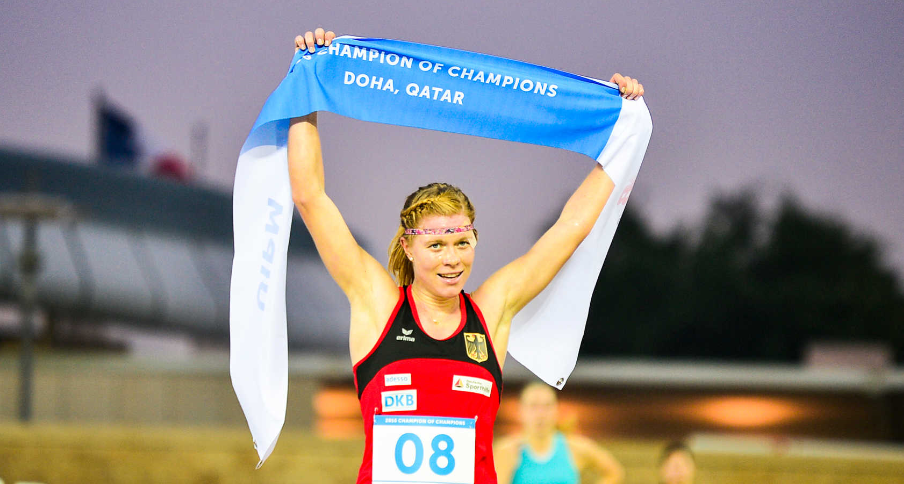 The world number five started the concluding run-shoot in eighth position with a deficit of 64 seconds to British leader Samantha Murray.

But the German, a two-time world champion in the relay event, produced a trademark strong finish at the Qatar Foundation Recreation Centre and Al Shaqab Arena.

She charged through the field to rapidly move into fourth place at the head of a chasing pack.

South Korea's Kim Seehee left the final shooting range in first place only for Schleu to catch-up and then cruise past in the final stages.

“I was not pushing too hard in the first three laps because I was not very confident about my fitness,” said Schleu, who finished fifth at Rio 2016.

“Then in the last round I was in third and I said to myself I had to run at my best and then I tried and then it worked.

“Last year here in Doha was the beginning of a good year and finally I had the best season of my life.

"I wanted to have a really good end to the season and I hope I can do the same in the coming years."

Italy's Alice Sotero had led Sarolta Kovacs of Hungary and Natsumi Tomonaga of Japan in the opening swimming event.

Murray had then reigned supreme to finish first in the fencing and jumping components.

Schleu's compatriot Lena Schoeneborn had been eliminated at the jumping stage.

Men's competition will follow tomorrow in the season-ending event, which sees all disciplines contested in a single day.