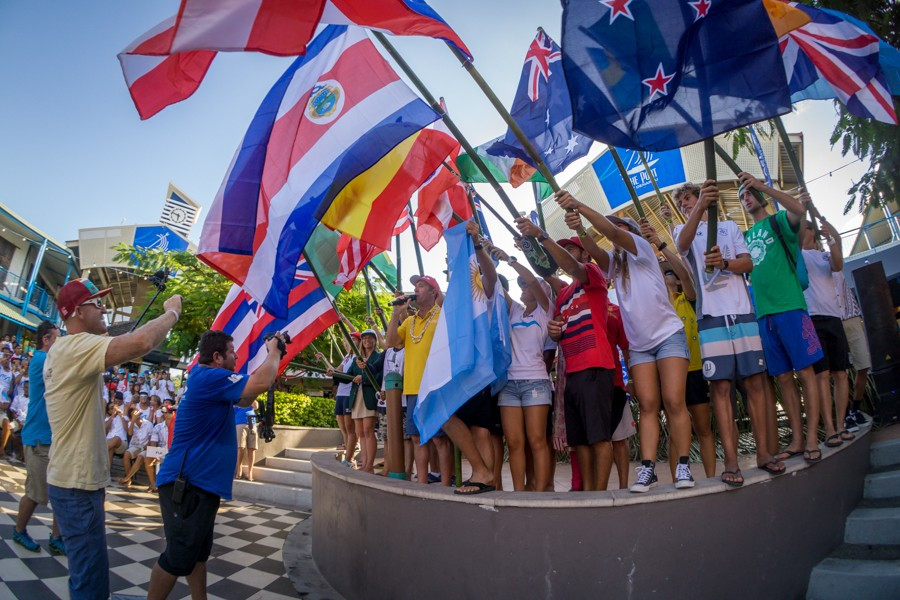 A total of 26 countries featuring 244 athletes will compete across the SUP surfing, SUP racing and paddleboard racing disciplines over the week of competition, which is scheduled to finish on November 20.

Marking the first-ever ISA World Championship to be held in Fiji, the Ceremony began with the Parade of Nations as each team marched along the marina at Port Denarau waving their national flags and led by the Fiji Police Band.

The Fijian National Anthem greeted the international competitors as they arrived on stage.

Athletes then participated in a tradition called "The Flags of the World ceremony" which usually features sand from each nation.

Flags of every nation, however, were placed in a container instead to respect the restrictions on bringing foreign sand into Fiji.

The Ceremony is said to "symbolise the peaceful gathering of nations of the world through the sport".

The world renowned wave of Cloudbreak will host the SUP surfing and technical races along with the start of the distance races, which will run 18 kilometres past the islands of Tavarua and Namotu, culminating in a scenic finish at Musket Cove.

The team relay races, meanwhile, are scheduled to be held on the west coast of Fiji's main island, Viti Levu, at Port Denarau.

"I would like to wish the athletes the best of luck for the week to come," said ISA President, Fernando Aguerre.

"A few of you will go home with medals, but each of you is a champion because you have earned the right to represent your nation in this international competition.

"When you go home, go home as an ambassador of Fijian warmth and culture."

Athletes will be competing for individual gold medals, as well as the Club Waikiki-Peru ISA World Team Champion Trophy, awarded to the country that wins the most gold medals overall.