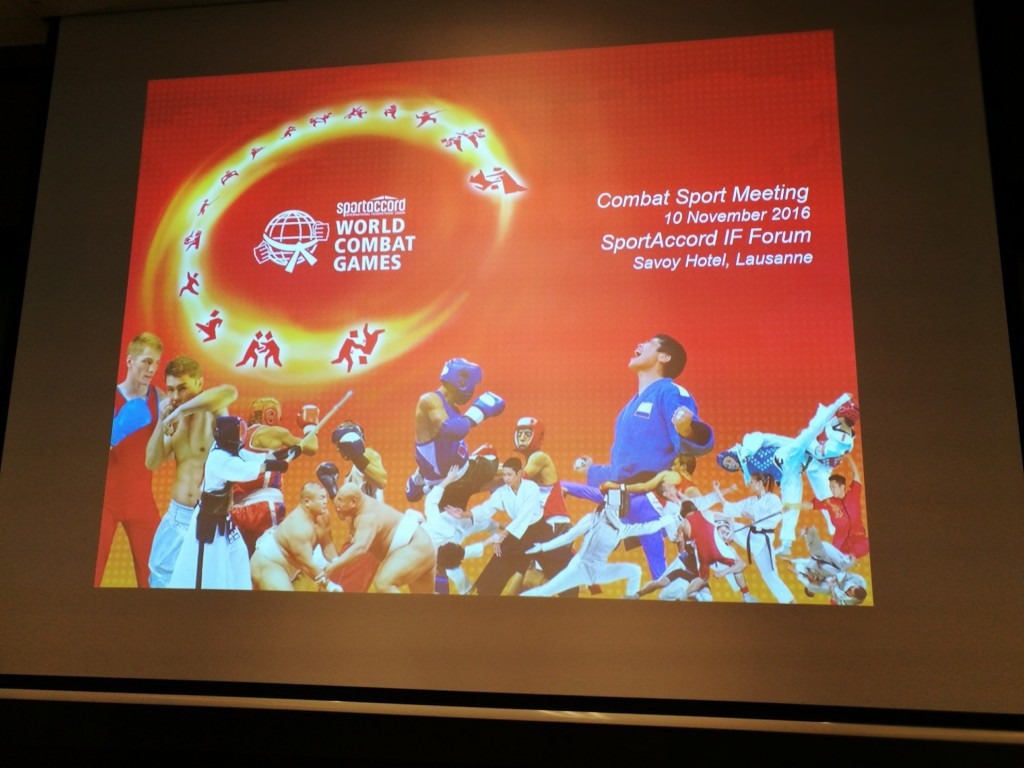 Houston in Texas is leading the race to host a revamped version of the SportAccord-organised World Combat Games in March and April in 2018, insidethegames understands.

A presentation was given on behalf of the American city at a meeting of 15 interest sports during the ongoing International Federations (IF) Forum here.

The address - given by Guy Horne, senior director of media and production at the Lagardère sports and entertainment agency - showcased an "interesting venue" within walking distance of hotels for all participating sports".

Houston showed a "serious interest" in hosting what would be the third edition of the Games, insidethegames was told.

There are no other hosts who have yet to come forward but several others are considering putting themselves forward, it is claimed.

It is hoped that they will also present before a final choice is due to be made during SportAccord Convention in Aarhus in Denmark next April.

Almaty in Kazakhstan, Bangkok in Thailand and Kuala Lumpur in Malaysia are three locations previously mooted as potential hosts in either 2018 or 2022.

A second edition was held in St Petersburg and a third was awarded to Lima for 2017.

It followed boxing, taekwondo and wrestling announcing they were pulling out from the event with fencing and weightlifting poised to follow suit.

The IOC were also represented by its sports coordination manager, Mike Joyce.

Fox highlighted how they are aiming to make the event "more realistic" in order to make it more possible for host cities to come forward.

This includes a "notable decrease" in sanctioning fees for bidding cities in a reduced total budget estimated to total between $10 million (£8 million/€9.5 million) and $12 million (£9.5 million/€11 million).

Each sport will only be allowed to hold competition for a maximum of four days.

A far great cultural programme including an awards ceremony should be another new feature.

There will also be a "downsizing of athlete quotas tailored to the needs and expectations of each sport".

This could involve sports pioneering new formats and events, such as team competitions or - in the case of the Olympic sports - non-Olympic formats such as belt wrestling and poomsae taekwondo.

It remains possible that weightlifting could be added as a 16th member.

According to Fox, the proposal was "well received" by the Federations.

The Olympic sports that had previously communicated an intent to pull out of the Games were supposedly among those to express enthusiasm.

A presentation was given by FISU World University Championships programme director Paulo Ferreira in which six sports were "tentatively" proposed for inclusion in an inaugural edition.