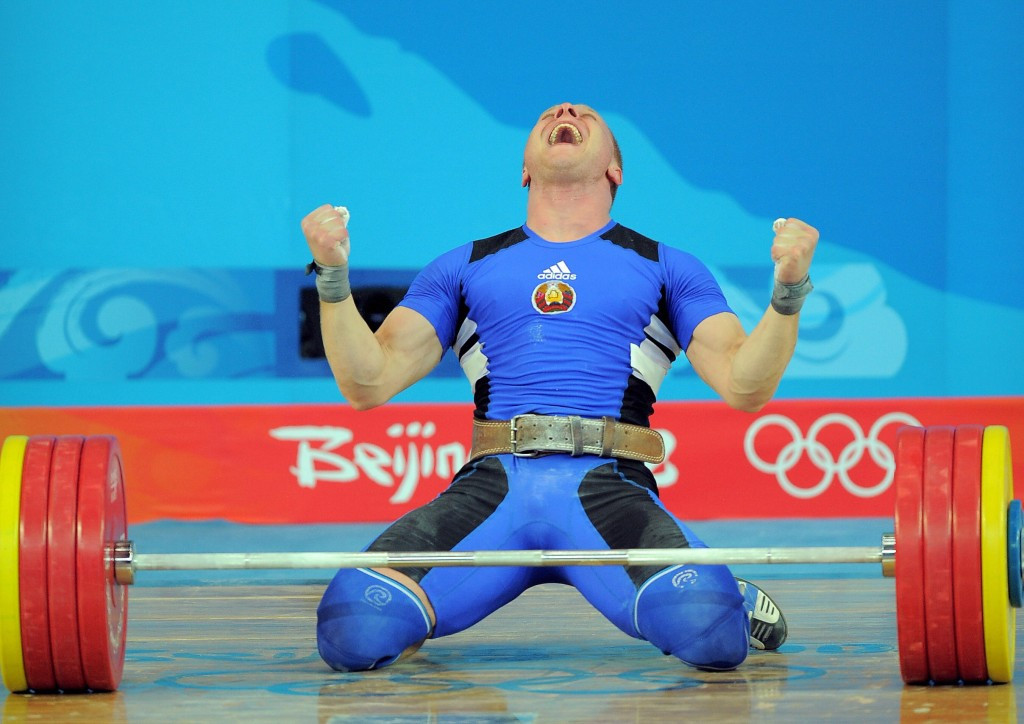 Six medal winners spanning five countries and three different sports are among nine athletes to be retrospectively disqualified from the Beijing 2008 Olympic Games today following the retesting of doping samples.

This comes as the International Olympic Committee (IOC) continue to re-analyse frozen samples from both the Beijing and London 2012 Games using new techniques which were not available at the time.

Three of the six medal winners are weightlifters.

Ukraine's Olha Korobka and Belarus' Andrei Rybakou are stripped of their respective women's over 75 and men's under 85 kilograms silver medals after each failed retests for banned steroid turinabol.

Belarus' Natassia Novikava also forfeits her under 53kg bronze after testing positive for the two steroids turinabol and stanozolol.

Russian athlete Ekaterina Volkova is stripped of the 3,000 metres steeplechase bronze medal she won in the Chinese capital after also failing for turinabol.

Both also failed for turinabol, the drug at the centre of the state-sponsored East German doping programme of the 1970s and 1980s which can now be detected in the body for far longer.

Tigiev, who has already been stripped of the London 2012 bronze medal after failing for banned stimulant methylhexaneamine, is thought to be the first athlete stripped of medals for doping at two successive Olympic Games.

The sextet are joined by three other non-medal winners.

Azerbaijani weightlifter Sardar Hasanov failed for turinabol in a men's under 62kg competition in which he could not complete two successful lifts.

Cuban long jumper Wilfredo Martinez is stripped of his fifth place finish in the men's final after a failure for banned masking agent acetazolamide.

They are joined by Spanish 100m hurdler Josephine Onyia after she also failed for methylhexanamine.

It marks the fifth drugs scandal of the career of an athlete who has already been handed a life ban from the sport for doping.

The verdicts mean that athletes confirmed as gaining medals include a first-ever Samoan in over 75kg weightlifter Ele Opeloge, who initially finished fourth.

She stands to rise to second place as a case is still ongoing against Kazakhstan's third-place finisher Mariya Grabovetskaya.

Armenia's Tigran Martirsyan rises to second in the men's under 85kg, with Cuba's Jadier Valladores expected to be promoted to third pending the outcome of an ongoing case against Kazakhstan's initially fourth-placed athlete, Vladimir Sedov.

Raema Lisa Rumbewas of Indonesia stands to rise to third in the women's under 53kg event to follow the silver medals she won at Sydney 2000 and Athens 2004.

In wrestling, the situation is complex because two bronze medals were awarded.

Murad Gaidarov of Belarus and Kiril Terziev of Bulgaria had shared the final spot on the under 74kg podium.

insidethegames has asked United World Wrestling how they will be redistributed.