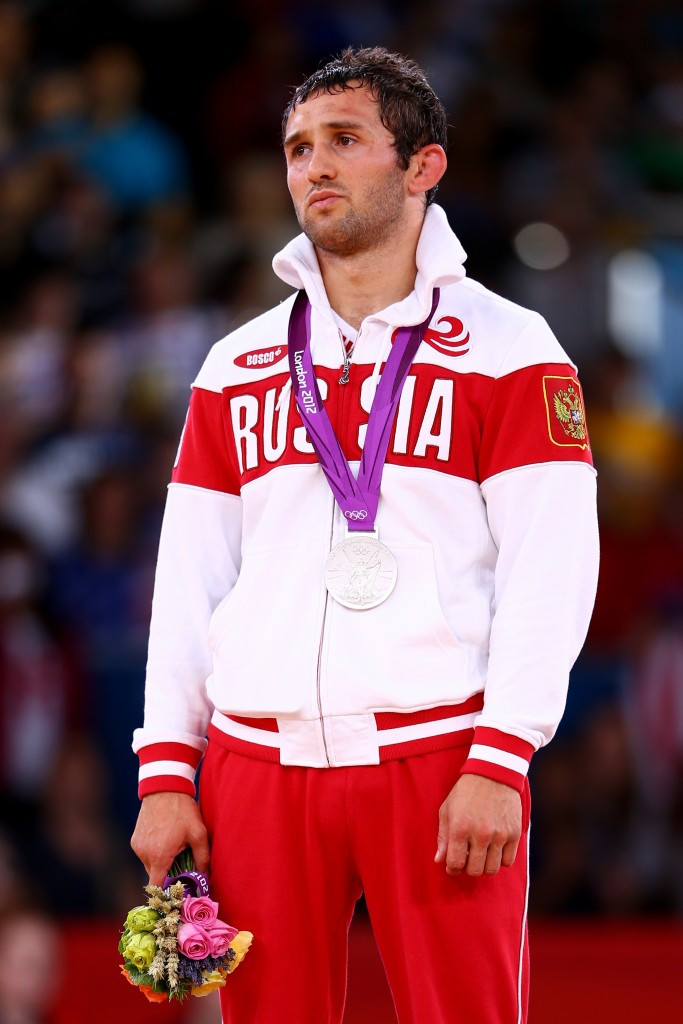 The International Olympic Committee (IOC) will not strip the late Besik Kudukhov of the silver medal he won at London 2012, the Russian Wrestling Federation (RWF) have claimed.

Kudukhov was second in the 60 kilograms freestyle category at the Games in the British capital, with the Russian losing to Azerbaijan's Toghrul Asgarov in the final.

He was then tragically killed in a car crash in southern Russia in December 2013, before reports emerged this year that he had posthumously tested positive for a banned substance during a retrospective drugs test.

The IOC have been analsying samples taken from both Beijing 2008 and London 2012 using up-to-date testing methods, with India's Yogeshwar Dutt claiming in August that the 60kg bronze he won four years ago had been upgraded to silver due to Kudukhov's failure.

Dutt then said he would refuse to accept the silver medal, saying it should remain with the Russian's family.

According to a statement released by the RWF today, Kudukhov's re-test failed for banned steroid turinabol but they claimed the case had been dropped.

"The International Olympic Committee will not deprive wrestler Besik Kudukhov of his silver medal at the 2012 Olympic Games in London," first deputy president Georgy Bryusov said.

Kudukhov, a four-time world champion and 55kg bronze medallist at the Beijing 2008 Olympics, was only 27-years-old when he died.

He was killed when a heavy-duty vehicle collided with his car on the federal highway near Armavir as he was travelling from the city of Krasnodar.

When refusing the silver, Dutt said: "It will keep his family honour intact.

"For me, humanity is everything."

Ninety-eight Olympians have so far been implicated following the IOC's retesting.

An IOC statement said they would not comment on the RWF's claim.

"The IOC cannot comment on any case at this point in time," a spokesman said.

"The IOC will continue to communicate on a case by case basis as soon as disciplinary procedures are completed."

insidethegames has asked United World Wrestling (UWW) for confirmation of the RWF's statement.