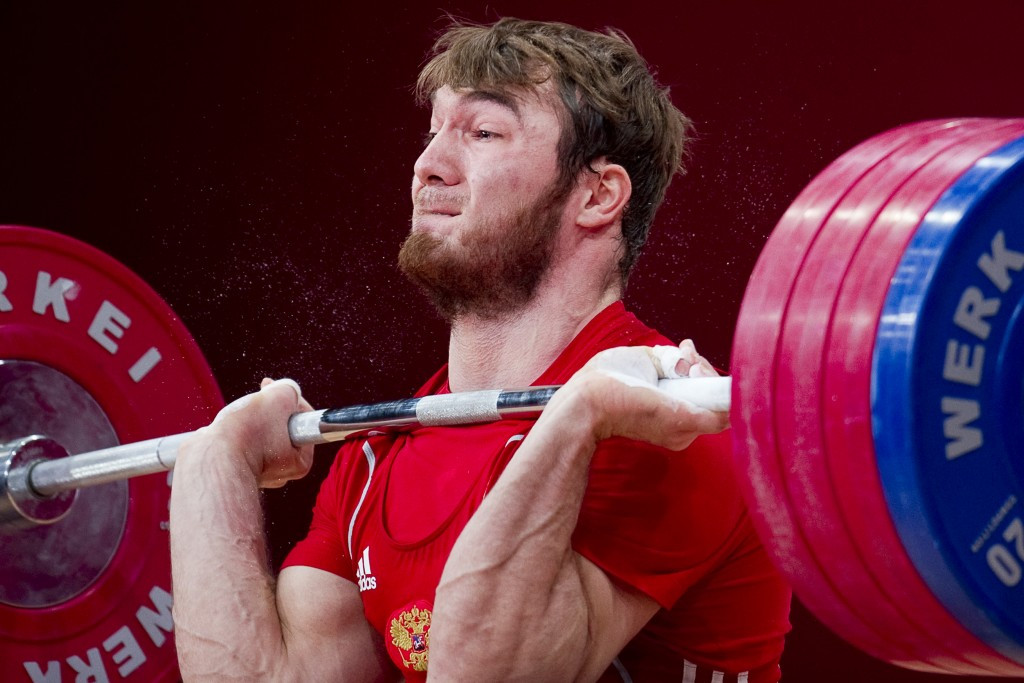 Russian weightlifter Apti Aukhadov has been stripped of a London 2012 silver medal after the International Olympic Committee (IOC) confirmed he had tested positive following the re-analysis of samples.

The 23-year-old under-85 kilograms lifter failed retests for anabolic steroids turinabol and drostanolone.

He has been ordered to return his medal, which he won as a 19-year-old in the British capital.

Aukhadov also faces losing the world and European titles he won in 2013 as well as his world bronze medal won in 2015.

He also tested positive for turinabol after his sample was tested with the most up to date methods.

Aukhadov becomes the 10th weightlifter to have been formally confirmed as failing a Beijing 2008 or London 2012 retest by the IOC.

He lifted a total of 385kg to narrowly miss out on first place in London behind Adrian Zieliński of Poland, who managed the same total but had a higher clean and jerk mark.

Zieliński was barred from Rio 2016 after failing a drug test ahead of the Games.

Iranian Kianoush Rostami now stands to be promoted to silver after a total haul of 380kg.

Tarek Yehia of Egypt should rise from fourth to the bronze medal position after managing 375kg.

In total, 41 cases have been registered by the International Weightlifting Federation during retests, with the IOC still continuing its confirmation process.

Mazuryk, a world junior champion in 2002, had earlier claimed a silver medal at the 2010 European Championships and set a personal best of 5.88 metres indoors in 2011.

He was a graduate of the Bubka Sports Club, a centre of 300 young Ukrainian athletes who were supported financially by the pole vault legend turned International Olympic Committee Executive Board member, Sergey Bubka - although there is no suggestion the International Association of Athletics Federations vice-president was involved in his later career.