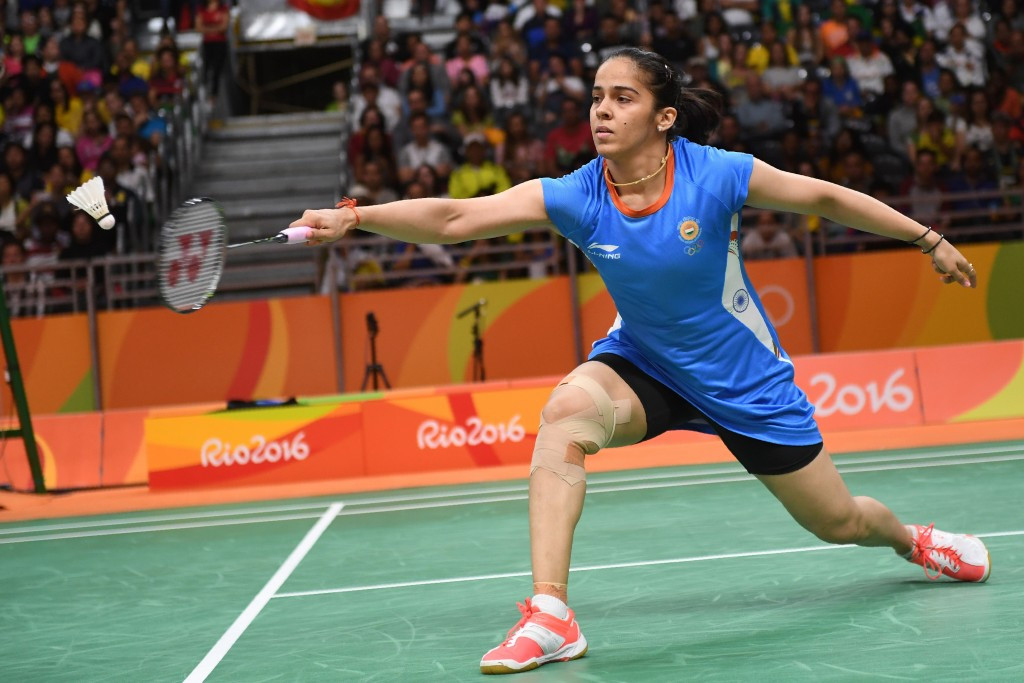 The quartet will not, however, serve as full members of the IOC.

"These four new individuals will not however have IOC membership."

They have been added in order to ensure a "balance between regions, gender and sports".

Three of the four new recruits are female.

All four had stood for full membership during Rio 2016.

insidethegames understands that other members of the Commission were not told about the four new additions.

Five others were voted on as new members during August's Olympics.

The quintet included Russia pole vaulter Yelena Isinbayeva, who was elected on in fourth position despite being banned from competing at Rio 2016 due to her country being suspended by the International Association of Athletics Federations.

"Following your candidature for the elections of the IOC Athletes’ Commission during the Olympic Games Rio 2016, it is with great pleasure to appoint you in consultation with the chair, as member of the Athletes’ Commission," a letter sent to Nehwal reportedly said.

Nehwal, who is still recovering from a knee injury which contributed to defeat in her second women's singles match at Rio 2016, is a former world number one who followed Olympic bronze at London 2012 with silver at the 2015 World Championships.

She is one of the most high profile Olympic athletes in India.

The 26-year-old announced her appointment in India this morning.

“I feel honoured and happy to be appointed to the IOC Athletes’ Commission, especially as the first athlete from my country to have this distinction of representing athletes worldwide,” she said in a release issued by the Badminton World Federation.

“I am humbled that President Bach has considered me worthy of this appointment and I wish to thank him for the confidence which he has shown in me.

"I will certainly give of my best in this new challenging role.”

Scola, 36, is a leading basketball star who plays for National Basketball Association side Brooklyn Nets.

He was part of the Argentina teams which won Olympic gold at Athens 2004 and bronze at Beijing 2008 before carrying his country's flag in the Opening Ceremony of Rio 2016.

Egyptian Medany claimed World Championship silver in 2008 in a career that saw her compete at three Olympic Games before she retired in 2013.

The 27-year-old is a four time African champion who made her Olympic bow aged 15 in Athens.

Dawani became the first Jordanese taekwondo player to win an Asian title in 2012 and carried her country's flag in the Olympic Games in London the same year.

She served as Jordan's Chef de Mission at Rio 2016, where fellow taekwondo athlete Ahmad Abu-Ghaush claimed a first gold for the nation.

The four should appear at the next meeting of the Commission scheduled for November 6.

There are now six non-IOC representatives on the panel alongside 14 full members.

One more vacancy still remains for a winter figure after Norwegian biathlete Ole Einar Bjørndalen relinquished his place earlier this year after being elected on during Sochi 2014.

No further breakdown of the 2014 results was revealed by the IOC, but insidethegames understands that Swiss skier Didier Cuche, a 41-year-old former world champion from Neuchâtel, finished in third position.

Cuche is still under investigation for a drink driving offence in June 2014 after the car he was driving struck two striped road barrier posts.

He came ahead of Belarus' three-time Sochi 2014 biathlon champion Darya Domracheva who, ironically, has since had a baby with Bjørndalen.

Jelušić is currently athlete relations project manager in the Sports Department of the IOC, so it is not clear if she could juggle both roles.

No timeline has yet been given by the IOC for filling the vacancy.