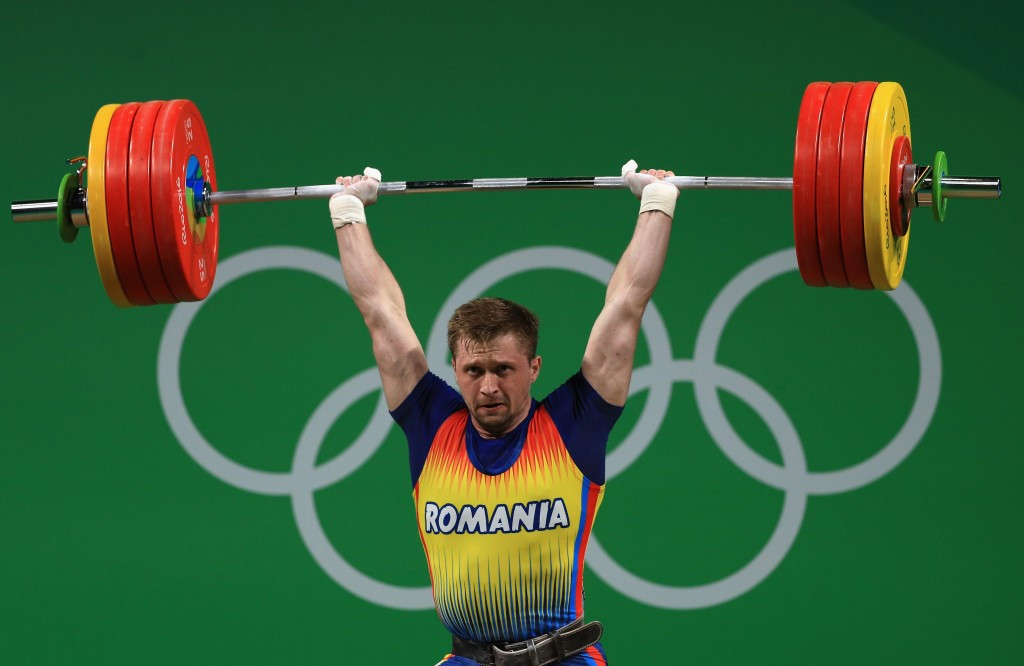 Romanian weightlifter Gabriel Sîncrăian is poised to lose the bronze medal he won at the Rio 2016 Olympic Games after being notified of a failed drugs test.

The 27-year-old finished third in the under-85 kilograms competition in the Brazilian city with a best lift of 390kg.

Iran's Kianoush Rostami won the gold medal with a world record of 396kg, while Tian Tao of China managed 395kg for silver.

But Romanian media have now reported that Sîncrăian has been provisionally suspended after failing a test for a yet to be specified substance.

He was not invited to a ceremony recognising Romanian medal winners from Rio 2016 and faces a life ban from the sport after being handed a two-year doping suspension in 2013.

"The athlete has been informed of the possible case, and the public disclosure will be published soon."

It is not clear if Sîncrăian is the only case to be under investigation, or if other weightlifters have failed tests as well.

Kyrgyzstan’s Izzat Artykov has already been stripped of an under 69kg bronze - briefly his country's first ever Olympic weightlifting medal - after testing positive for banned stimulant strychnine.

If the latest case is confirmed, Kazakhstan's Denis Ulanov would be promoted to third place after initially finishing fourth.

This would be ironic considering all four Kazakh gold medal winners at London 2012 - Svetlana Podobedova, Maiya Maneza, Ilya Ilyin and Zulfiya Chinshanlo - tested positive during the retesting of samples by the International Olympic Committee (IOC).

Ilyin also failed retests of samples submitted after he won gold at Beijing 2008.

Romania have a similarly poor doping record and were docked one quota place at Rio 2016 for repeated failures.

The IOC do not comment on cases until they are completed.