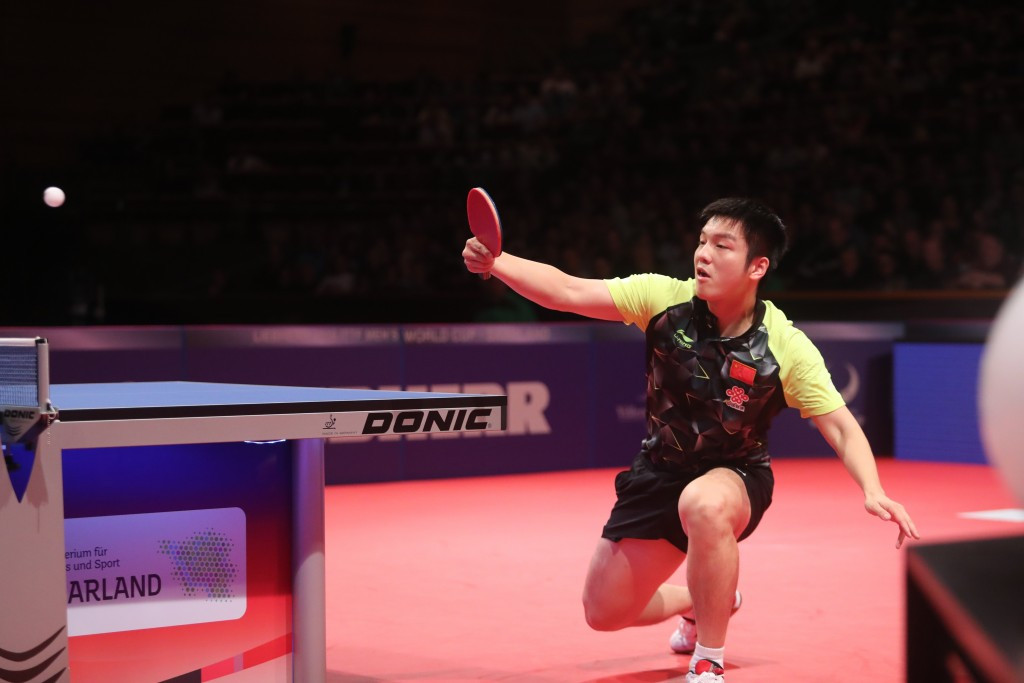 Fan Zhendong maintained his impressive run of form after he was not included in China's squad for the Rio 2016 Olympic Games by clinching a second straight title with victory over team-mate Xu Xin in the final of the International Table Tennis Federation (ITTF) Men's World Cup in Saarbrücken.

The result saw Fan banish the demons of the 2015 tournament, where he lost out to Ma in the final in the Swedish city of Holmstad.

Following his success, Fan is targeting becoming the dominant name in the sport - a feat which seems well within his reach judging by his recent performances.

"This is a big win for me, it’s my first senior world title trophy, it feels fantastic to win such a big event, I don’t know what to say," said Fan.

"My next goal is to keep improving, I want to be world number one, world and Olympic champion.

"But for now I will just enjoy this victory and then start training again to get better and better."

Fan overcame Sweden's Kristian Karlsson, who caused an upset yesterday when he knocked out world number four Dimitrij Ovtcharov of Germany, 11-4, 11-8, 7-11, 11-9, 11-7 in his semi-final encounter.

"Kristian is a very strong player and that made it very hard for me," said Wong.

"I am happy with this title being my first medal in the singles event of a major ITTF tournament.

"Also winning a medal on my first ITTF World Cup appearance is a good outing for me."