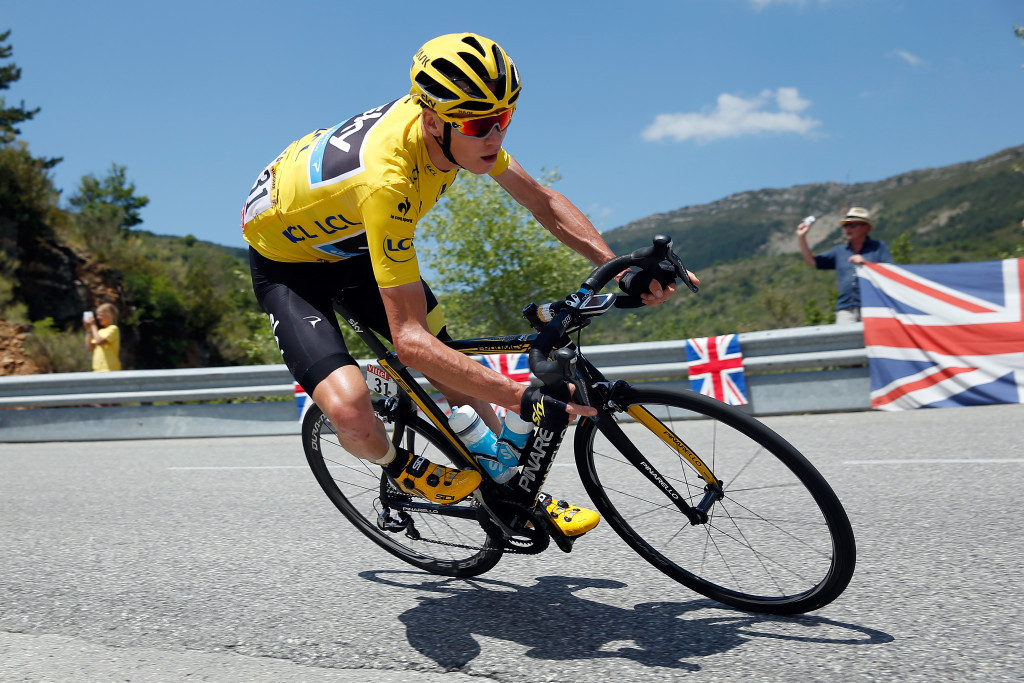 He claimed that the system is currently "open to abuse".

Froome was among dozens of athletes about whom confidential WADA data was leaked as part by the Russian-linked Fancy Bears' hacking group.

The Team Sky rider was granted permission to take corticosteroid prednisolone in 2013 and 2014.

These were taken to treat a variety of inflammatory and auto-immune conditions - with their being no suggestion he did anything wrong.

But concerns have risen that some are using the TUE system to legally gain a performance-enhancing benefit.

“I take my position in the sport very seriously and I know that I have to abide by the rules, but also go above and beyond that to set a good example both morally and ethically,” he wrote in a statement posted on Twitter.

“It is clear that the TUE system is open to abuse and I believe that this is something that the UCI and WADA needs to urgently address."

Froome added: "At the same time there are athletes who not only abide by the rules that are in place, but also those of fair play.

"I have never had a ‘win at all costs’ approach in this regard.

"I am not looking to push the boundaries of the rules.

"I believe that this is something that athletes need to take responsibility for themselves, until more stringent protocols can be put in place.”

Froome's fellow Briton and former Team Sky team-mate Sir Bradley Wiggins received permission to use salbutamol to treat asthma in 2008 before receiving three successive exemptions for corticosteroid triamcinolone acetonide in 2011, 2012 and 2013 due to a pollen allergy.

The latter cases have caused particular concern because his three approvals for triamcinolone acetonide coincided with the Tour de France in 2011 and 2012 and the Giro d'Italia in 2013 - his biggest races of all three seasons.

Many riders have claimed triamcinolone acetonide has significant performance-enhancing benefit as a weight loss drug.

Both Sir Bradley and Team Sky manager Sir David Brailsford have defended the use of the substances and claimed they were undertaken only to treat legitimate medical conditions.

It was claimed he only took the substances to get himself "on a level playing field" with his opponents in the race.

Sir David, however, has suggested that in future they would be prepared to publicly release all TUE's in a bid to increase transparency.

Fancy Bears' hacks also showed TUE use by other cyclists.

Switzerland's Olympic time trial champion Fabian Cancellara had two TUEs, one dating back to 2011, for methylprednisolone, and one from 2013, for the same drug and also for prednisolone.