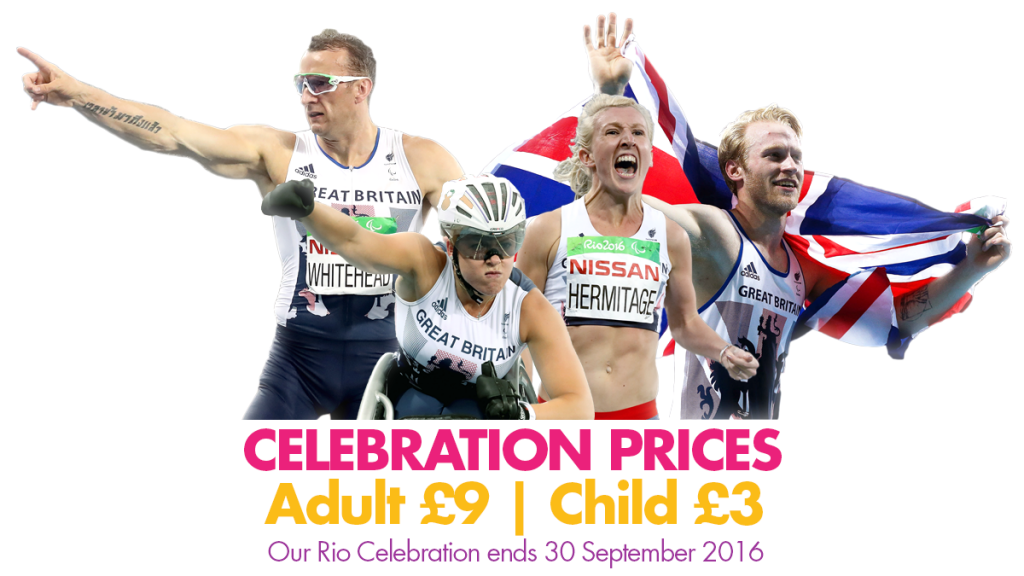 Two special edition tickets for the London 2017 World Para-Athletics Championships have been created in honour of British athletes’ performances at the Rio 2016 Paralympic Games here, it was announced today.

The "Cockroft ticket" is available across all sessions of the 2017 World Para-Athletics Championships, which are due to take place at the London 2012 Olympic Stadium from July 14 to 23.

"I am so happy that my Rio performances have been honoured with their own ticket for London 2017," said Cockroft.

"It was an amazing performance from the entire team out there and I am so proud to have won medals for my country.

"It’s so exciting that my ticket will enable more children to come and attend the World Para-Athletics championships next year.

"When I was young I was inspired into taking up sport when I saw a team of wheelchair basketballers in action at my school.

"If a young person attends London 2017 and takes away that inspiration onto a life of sport I’d be so proud, it would be amazing to think I’d played a part in opening their minds, the way mine was that day at school."

They will be available for purchasers here until the end of the current World Para-Athletics Championships sale window, which closes on September 30.

"We are thrilled that London 2017 is creating these two special edition tickets in honour of performances in Rio," said Xavier Gonzalez, chief executive of the International Paralympic Committee.

"There was some amazing sport in the Paralympics in Rio and we know that British spectators love and appreciate their Paralympic stars.

"To be able to see them in action on a 'Hannah Cockroft' or 'World record' ticket is inspiring.

"We know Para-athletes will thrive in front of the UK crowd and this is another great way of making sure as many people as possible can experience that amazing atmosphere that we have seen in Rio this summer and London 2012 before it."

London 2017 is expected to bring together a total of 3,300 athletes from more than 200 countries, competing in 30 sessions across 20 days.

Both the World Para-Athletics Championships and the IAAF World Championships, scheduled to take place from August 4 to 13, are being staged in the same city in the same summer for the first time ever.

The World Para-Athletics Championships are gearing up to be the last chance to see a number of world-class athletes compete, such as Richard Whitehead, who successfully defended his men’s 200m T42 Paralympic crown at Rio 2016.

It will also provide the host nation the opportunity to see new Paralympic champions in action, including Paul Blake, the winner of the men’s 400m T36 event in Rio de Janeiro.