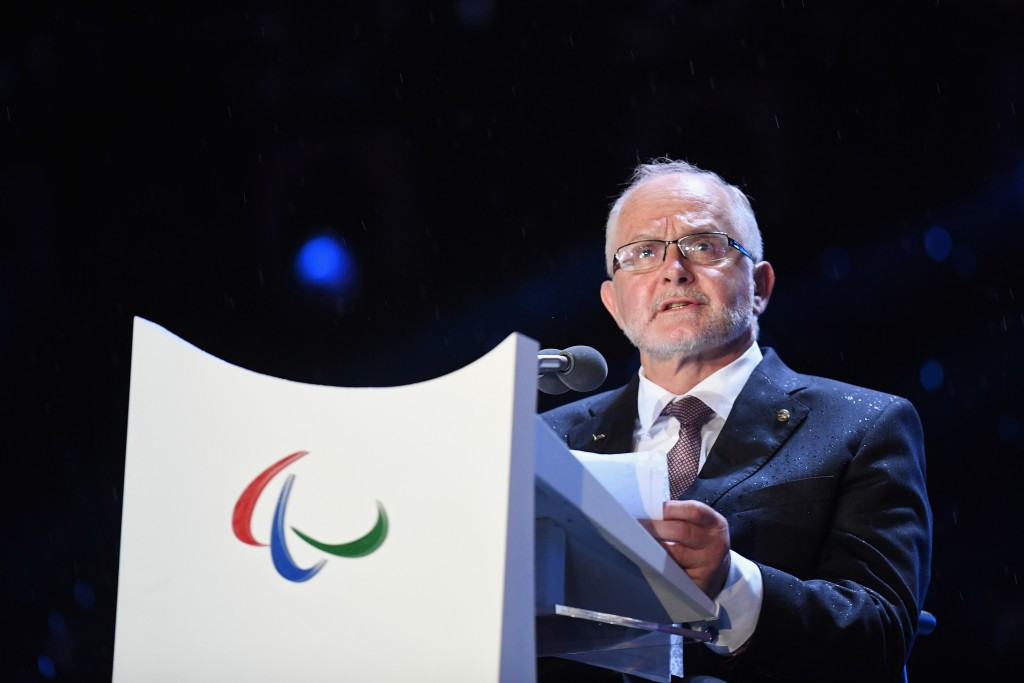 An investigation has been launched into the circumstances of the fatality, which Sir Philip said earlier today "cast a dark shadow" over these Games.

"Tonight is a celebration of the last 12 days of sport but it’s also a very sombre occasion following yesterday’s extremely tragic events," the IPC President said in his speech here before officially declaring the Games closed.

"The passing of Iranian cyclist Bahman Golbarnezhad has affected us all and left the whole Paralympic Movement united in grief.

"Tonight, I would like you to join me in paying our condolences to his family, friends, his team-mates and the people of Iran by observing a moment of silence in his memory."

"Before I start, I would like to send a message to the athletes of Iran and to the family of Iranian cyclist Bahman Golbarnezhad who passed away yesterday in the cycling race," he said in his opening remarks.

"Our prayers are with you.

"We're extremely sorry for your loss."

Prior to the speeches, Rio Mayor Eduardo Paes passed the Paralympic flag to Sir Philip, who then transferred it to Tokyo Governor Yuriko Koike ahead of the Japanese capital's hosting of the next edition of the Games in four years time.

Japanese model Gimico then used her prosthetic leg to kick a digital "positive switch", which organisers hope will become the motif of Tokyo 2020.

Amputee Koichi Omae of Japan followed with a unique display of ballet.

The city itself then took centre stage, represented through a digital 3D display as imagined through the mind of the visually-impaired performer Akira Hiyama.

As promised by Flavio Machado, executive producer of the Rio 2016 Paralympic Ceremonies, the finale of the event was dominated by musical performances.

With a soundtrack including rock, pop, funk, bossa nova, frevo and samba, a guitarist with no arms, drummers who cannot hear and dancers with down syndrome were among the standout performers.

A dramatic opening featured 10 deaf drummers conducted by a Brazilian-designed visual metronome, comprising lightbulbs of differing sizes and colours to indicate changes of tempo and beat.

Another highlight was the sight of Brazilian musician Johnatha Bastos, lit by a single spotlight, playing the guitar with his toes.

During a performance by the band Nação Zumbi, a guitarist was seen turning his instrument round to display a sign which read "Fora Temer" - "Out with Temer" in English, referring to the new Brazilian President, who took charge following the impeachment of Dilma Rousseff.

Temer was booed during the Opening Ceremony of the Paralympic Games on September 7 in what was one of his first official outings since taking office.

He was installed to complete the rest of Dilma Rousseff’s term, due to end on January 1 in 2019, after she suffered a crushing impeachment vote.

The Games finally drew to a close with a carnival-style street party, after which the Paralympic Flame extinguished.