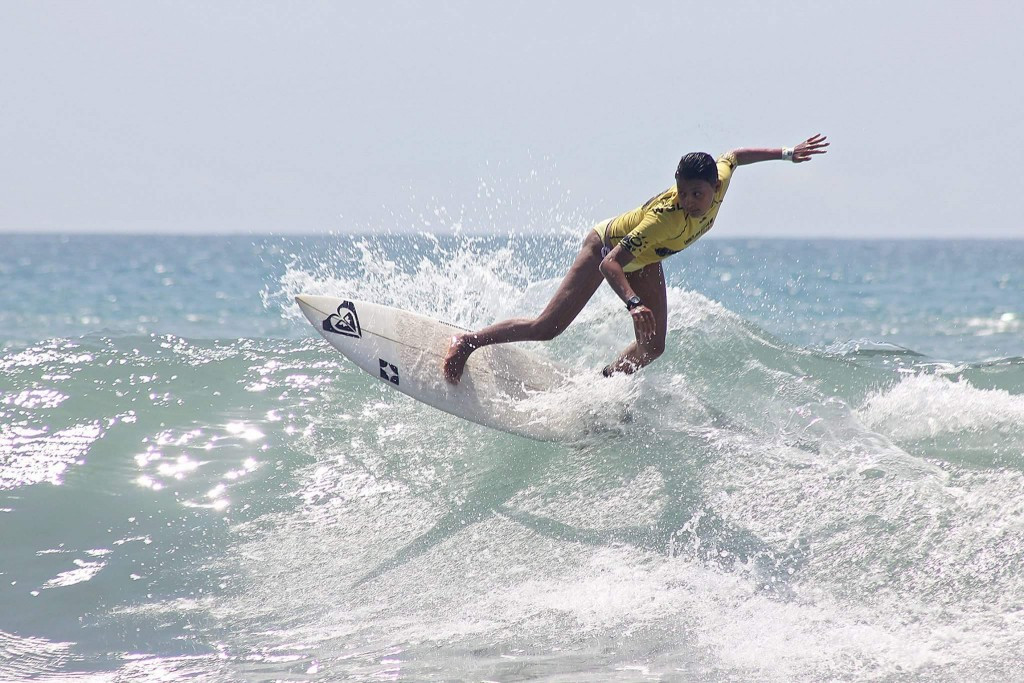 The 2016 VISSLA International Surfing Association (ISA) World Junior Surfing Championships continued here today with those in action dreaming of making it to Tokyo 2020 for the sport's Olympic debut.

Surfing won its bid to become a part of the Tokyo 2020 programme when it was added by the International Olympic Committee at its Session in Rio de Janeiro.

The excitement at that decision is clearly visible among the competitors at these Championships who should be in the peak of their careers in four years time.

Malakai Martinez of Costa Rica is one of those and, before he progressed to the second round with a score of 9.43 points today, he discussed how proud he is that surfing will be included at Tokyo 2020.

"It’s so fantastic to have surfing in the Olympic Games, to have a chance of being an Olympian," said Martinez.

"I just hope that I can be there in Tokyo and have the chance to compete for my country.

"I’m sure that everyone will be at the top of their game in Japan during the competitions [at the Olympics] because everyone wants to say they’re a gold medallist."

Mexico's Valeria Peconi eased through heat eight of the girls under-18’s contest with a total score of 4.33 points and she too is dreaming of representing her country in Japan.

"It's pretty cool to have surfing in the Olympics," Peconi said.

"Hopefully I will be able to represent my country, I really think that I can and I am going to chase that dream."

The ISA President Fernando Aguerre is also confident that the future stars of the sport, who are on show here, will be the ones competing in surfing's Olympic debut.

"It is such a great opportunity to be inspired by the young energy of all the talented surfers travelling from all over the world," he told insidethegames.

"Surfing will bring youth and a fresh way of doing things.

"Some of the youngsters currently competing in the Azores will be the Olympians in four years time because as we see more these days, athletes are becoming world stars at a much younger age."

The surfing began at 8am local time with a small swell and overcast weather providing not ideal conditions for competition throughout the morning.

The girl’s competitions kicked proceedings off with the under-18’s on one podium and the under-16’s on the other.

The best performance of the day in the under-18's section came from Hawaii's Mahina Maeda.

The 18-year-old scored an impressive 12.66 to advance from heat 16 whilst Maddie Peterson of the United States also impressed.

Peterson represented her country in last month’s World Surfing Games in Costa Rica where she made it through to women's third repercharge round and showed her elite tournament experience by producing the second highest score of the day with 12.33 points.

In the under-16 category Japan's Minami Nonaka produced the best display of the opening round to advance with a total of 17.93 points.

Summer Macedo from Hawaii also impressed, progressing from the final heat of the session with 17.50 points.

There was also double success for the US as duo Alyssa Spencer and Caroline Marks both eased through to round two with scores of 16.43 and 16.67 points respectively.

After the morning session, the boys under-18 and 16 events continued their opening round heats following a delay in the proceedings due to weather.

When the action resumed, Japan’s Daiki Tanaka produced the best display in the boys under-18 event.

The 18-year-old from Fukuoka scored a total of 14.6 points to progress to the second round from heat number 18.

Fukuoka’s teammate and fellow Japanese surfer Kaito Kurokawa also made it through to round two with a score of 13.84 points.

In the boy's under-16's action the USA's Eithan Osborne produced the best display of the day scoring a total of 16 points.

South Africa's Sebastian Williams was also in fine form, progressing from the final heat of the day with 13.84 points.

Noah Hill of the US produced a heat total of 13.67 points to easily advance to the next round.

The Championships are due to conclude next Sunday (September 25).