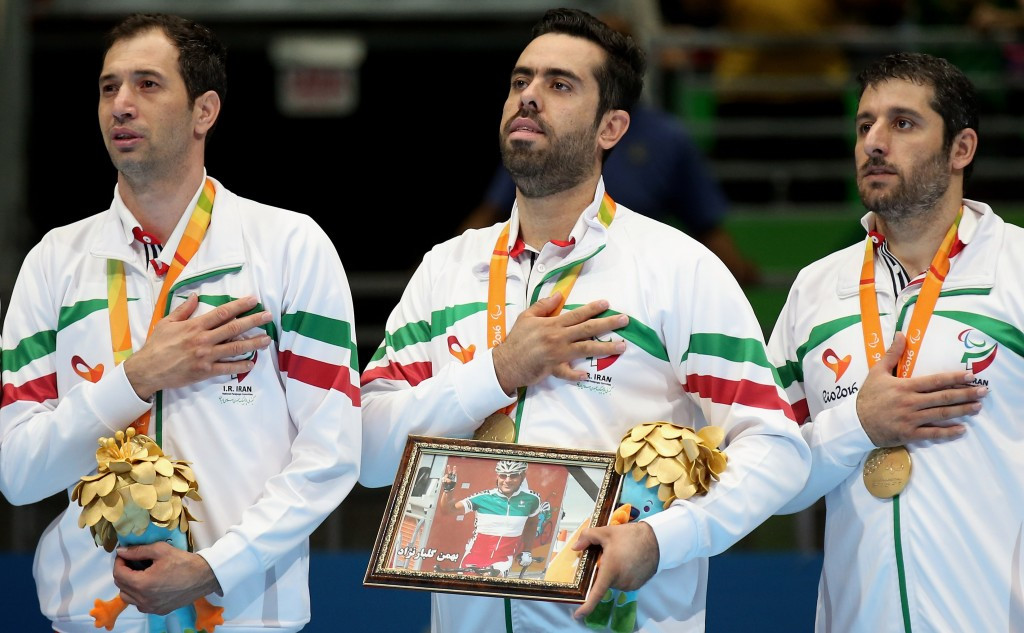 The 48-year-old Golbarnezhad died after crashing during the C4-5 cycling road race in Pontal, a small peninsula and beach area in the Recreio dos Bandeirantes neighborhood, located in the West Zone of the city.

An investigation into the incident has since been launched, with International Paralympic Committee (IPC) President Sir Philip Craven admitting his death - the first in competition at the Paralympics - had "cast a dark shadow" over the Games in Rio de Janeiro.

A minute’s silence was held for Golbarnezhad before Iran’s match against Bosnia, who beat them to the gold medal at London 2012, at the Riocentro Pavilion 6 on what was a poignant day for the Iranian players involved.

Masoud Ashrafi, the secretary general of Iran's National Paralympic Committee, said after the match that they going to "present this gold medal to the soul of Bahman Golbarnezhad" in an interview with the Press Association.

"There is one bitterness and one sweetness," he said.

"Today we are so happy because the sitting volleyball team were able to win the gold medal."

Iranian player Morteza Mehrzadselakjani hailed the "wonderful record" the country has in the sport following their success in the Brazilian city.

The Asian nation won four consecutive Paralympic men’s golds in the sport from Seoul 1988 to Sydney 2000 and then claimed the title at Beijing 2008.

"I am happy that I am a small part of the best team in the world," Mehrzadselakjani said.

"Bosnia, Germany, Brazil, Egypt, they are all great teams and for sure they are going to cause us problems in the future.

"But we are going to think about it and when those challenges come we will be ready again."