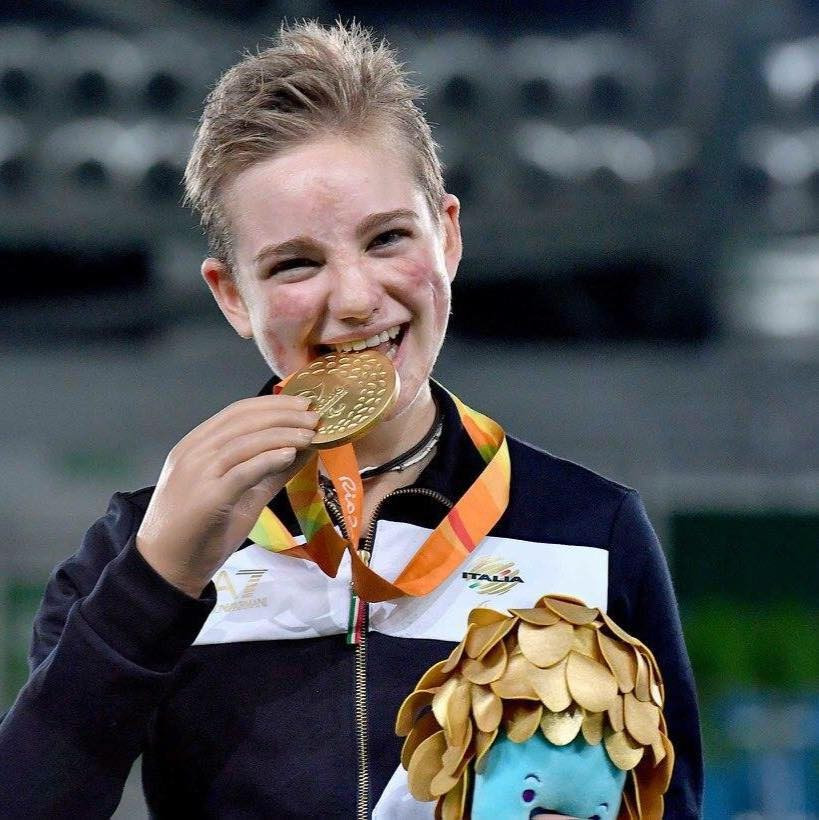 Italy's wheelchair fencer Beatrice Vio finally got her hands on the title she so desperately craved as she reigned supreme in the women's individual foil category B event to clinch her maiden Paralympic gold medal at the Carioca Arena 3 in Rio de Janeiro today.

The 19-year-old, who was too young to compete at London 2012, endured an uncharacteristically difficult build-up to the Games in the Brazilian city after she suffered her first defeat since September 2014 at an International Wheelchair and Amputee Sports Federation Wheelchair Fencing World Cup in Warsaw in July.

But the overwhelming favourite and current world number one showed no such signs in the Rio 2016 gold medal bout as she comfortably overcame third seed Zhou Jingjing, winner of the women's individual épée category B crown yesterday, with a 15-7 triumph.

Zhou's compatriot Yao Fang added another medal to the Chinese haul as she earned bronze by beating Chan Yui Chong 15-11.

Just as they had done the previous day, China sealed a hat-trick of wheelchair fencing golds to help the nation further enhance their dominance of the Rio 2016 medal table.

Rong Jing banished the disappointment of a sixth-placed finish at London 2012 by clinching the women's individual foil category A title with a 15-8 victory over Yu Chui Yee of Hong Kong, the top seed in the classification.

Zsuzsanna Krajnyak of Hungary took home the bronze medal, preventing yet more medals for China as she ousted Zhang Chuncui 15-12.

China were then guaranteed gold in the men's individual foil category B competition as Feng Yanke, a World Championships bronze medallist using the sabre weapon, took on team-mate and defending champion Hu Daoliang.

Hu perhaps came into the encounter as the fencer most expected to secure the title but he came up against a spirited Yeng, who dethroned his compatriot by virtue of a 15-11 success.

While Hu relinquished his grip on his Paralympic crown, his fellow Chinese fencer Ye Ruyi kept hold of the title he won at London 2012 by topping the podium in the men's individual foil category A tournament.

Ye's victory against Richard Osvath briefly looked in doubt as the Hungarian more than matched the Chinese in the early stages before the defending champion pulled away and earned what proved to be a commanding 15-8 win.

China's Sun Gang was unable to replicate his display yesterday, where he triumphed in the men's individual épée category A competition, but still ended with bronze by finishing on the right side of a 15-11 scoreline in his third-place play-off with Dariusz Pender of Poland.